Remington Just Filed for Bankruptcy, and Donald Trump Is Partly to Blame 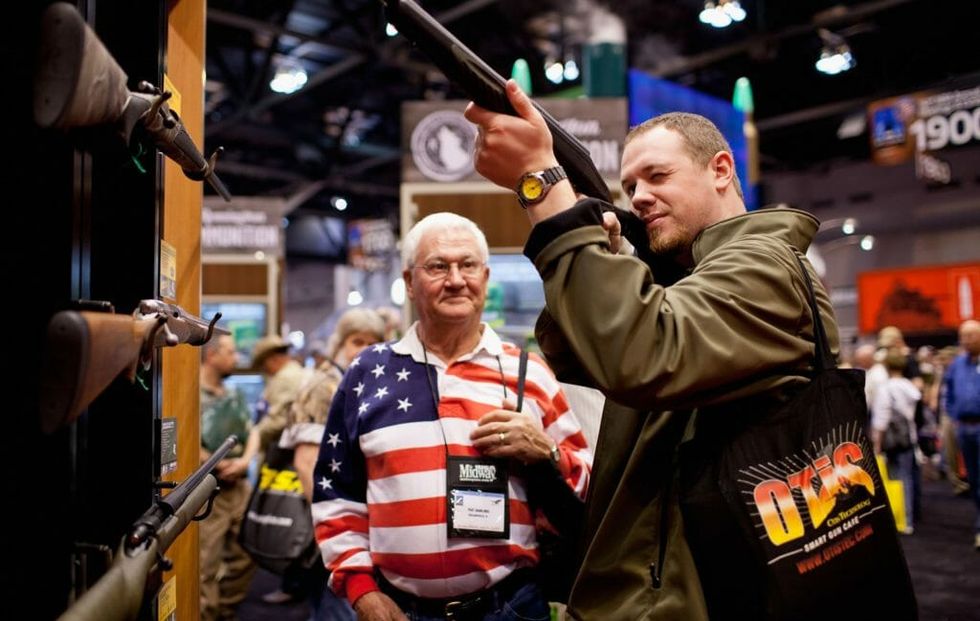 For more than 200 years, Remington firearms have been forged from the untamed spirit that will always define the American spirit — Revolutionizing an industry. Building a nation. This is Remington Country." ~ Remington homepage

This is how Remington Arms Company describes themselves, but for how much longer? Late Sunday, the United States' oldest gun manufacturer filed for Chapter 11 bankruptcy protection in Delaware.

Sales slumped for the company, founded in  1816 by Eliphalet Remington in Ilion, New York. Now based in North Carolina, Cerberus Capital Management, a private-equity group, now owns majority interest in Remington. They plan to sell off Remington's assets after completing the bankruptcy process.

Remington's chief financial officer, Stephen Jackson, states in the bankruptcy filing that a "significant decline in revenue and sales" occurred since early 2017. He added the "overall business and industry environments continue to cause significant financial hardship."

While many might blame the loss of sales on calls for gun reforms after multiple mass shootings or the threat of stricter gun control regulations, the opposite may actually be true according to gun sale trends analyses.

Correlations exist between the threat or risk of increased firearm regulation and so-called panic-buying among gun owners and first time buyers. Leading up to the 2016 presidential election, when it appeared Hillary Clinton would win, gun sales increased.

Americans perceive Democrats as more likely to impose gun control reforms while Republicans are seen as friendlier to the National Rifle Association. The NRA contributes most of their funds to Republican candidates.

Gun enthusiasts or those who previously only considered purchasing a gun, bought them in the fear they might not be able to in the near future. Sales of certain accessories or gun types also usually surge after mass shootings.

However, under President Donald Trump, sales of guns and accessories have dropped overall with only minor spikes after mass shooting tragedies. The perception exists that President Trump, a vocal NRA supporter, will never impose restrictions on gun sales, magazine sizes, or accessories.

Panic purchases fell under President Trump. That loss of revenue cannot make up for the overall culture of gun ownership trends changing in the United States, as evidenced by polls concerning public attitudes on gun control and the NRA.

Remington announced it would file for bankruptcy protection on Feb. 12. The shooting at Marjory Stoneman Douglas High School in Parkland, Florida occurred on February 14. A gunman murdered 17 people at the school.

Remington delayed their filing for a little over a month. According to sales trends, the month after a mass shooting shows a surge in gun sales and accessories from panic buyers.

In 2012, a Remington Bushmaster rifle was used in the Sandy Hook, Connecticut, elementary school shooting. The gunman murdered 20 children and 6 adults.

Cerberus tried to sell Remington after backlash against the company caused a drop in sales of the once popular Bushmaster model. They were unable to attract a buyer.

The company listed assets of $500 million to $1 billion with matching liability totals.

Katie-Mesner Hage, an attorney representing Sandy Hook families in their lawsuit against Remington, stated the gun maker’s bankruptcy would not affect their case.