Rudy Giuliani Tried to Endorse a Republican Senate Candidate on Twitter But Got His Name Wrong Twice, and the Candidate Is Trying to Roll With It 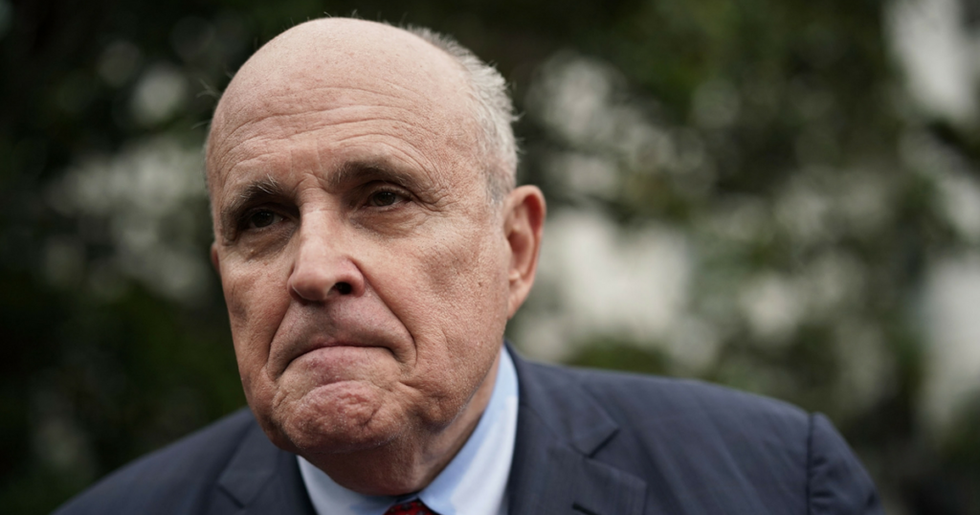 Don James is running for Senate in Michigan. He is a combat veteran, a successful business man and believes in lowe… https://t.co/dtBsHWF64X
— Rudy Giuliani (@Rudy Giuliani) 1541117038.0

James jokingly referred to Giuliani as “Randy” in a tweet thanking him for his endorsement.

Others had a laugh at Giuliani's expense.

In addition to the endorsement from Giuliani, James has received endorsements from President Donald Trump, Vice President Mike Pence, and The Detroit News.

With just days until the midterm elections, James received last-minute support from Ending Spending Action Fund, a super PAC funded by the Adelson and Ricketts families, who are among the GOP's largest donors. The super PAC ran an advertisement yesterday (also shared by James in his response to Giuliani above) which portrays James, an Iraq war veteran and businessman, "as a change agent while assailing his Democratic opponent, Sen. Debbie Stabenow, as a figure of the past," according to Politico.

“After 40 years, Debbie Stabenow has been in office longer than John James has been alive,” the ad says.

Independent polls have consistently placed Stabenow ahead of James. She held a 9-point lead (52 percent to 43 percent) in an Emerson College survey on Monday. The margin of error is slightly larger than an Epic-MRA poll last week that showed Stabenow, the incumbent, leading by seven points.

The Michigan Senate race is certain to be one of the more consequential ones of Tuesday's midterms: Democrats likely need to retain the seat should they want to take control of the upper chamber. Trump won Michigan in 2016 by roughly 10,000 points, a feat which became a rallying cry in his characterizations of Hillary Clinton's failure to connect with working-class voters.