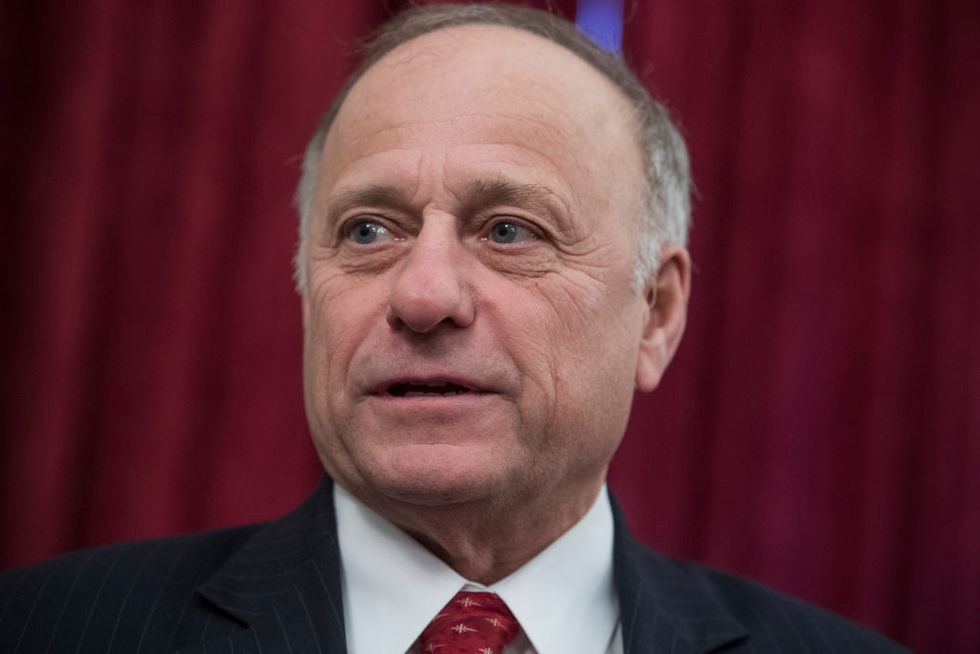 CORRECTION:A previous version of this article included a reference to Steve King as a Republican legislator from Nebraska (R-NE). The error was removed January 10, 2019. The rest of the article properly identified Steve King as a Representative for the state of Iowa.

Representative Steve King (R-IA) came under fire after he questioned how terms such as "white nationalist" and "white supremacist" became offensive in the United States.

"White nationalist, white supremacist, Western civilization — how did that language become offensive?" King told The New York Times in an interview which documented his hardline views on immigration. “Why did I sit in classes teaching me about the merits of our history and our civilization?"

King told the Times that he does not consider himself a "racist," but his comments have prompted many to not only call him out...

amazing to me that we had a week long controversy over a congresswoman saying “motherf***er” when steve king is jus… https://t.co/aD3UdVH3iW
— b-boy bouiebaisse (@b-boy bouiebaisse) 1547129063.0

...but also answer his question directly.

"Congress ought to vote to censure him, and then he ought to be primaried ASAP," wrote, before asking his followers to donate to the campaign of Randy Feenstra (R), who announced he would run to unseat King.

Feenstra thanked Shapiro for his support, adding that King's presence in Congress "has left us without a seat at the table."

Thanks, Ben. Our current representative’s caustic nature has left us without a seat at the table. We don’t need a… https://t.co/XxVwTf4wt0
— Randy Feenstra (@Randy Feenstra) 1547140896.0

King has courted controversy more than once for white nationalist views.

He was criticized last year after he defended his association with Austria's Freedom Party, a group founded by a former Nazi SS officer and whose current leader was active in neo-Nazi circles.

“If they were in America pushing the platform that they push, they would be Republicans," King told The Washington Post, at one point asking: “What does this diversity bring that we don't already have?"

He has also aligned himself with the government of Hungarian Prime Minister Victor Orban, who said in December 2017 that "Mixing cultures will not lead to a higher quality of life but a lower one."

"Diversity is not our strength," King said, adding that "assimilation" has become "a dirty word to the multiculturalist left."

Assimilation has become a dirty word to the multiculturalist Left. Assimilation, not diversity, is our American strength.
— Steve King (@Steve King) 1512738149.0

King was also on the receiving end of backlash after he decided to endorse Faith Goldy, a white nationalist running in Toronto's mayoral race, and after he suggested liberal billionaire George Soros––a favorite target among far-right conspiracy theorists––was a part of the “Great Replacement," a conspiracy theory which claims there is a “push" to replace white Europeans with minorities.

CORRECTION NOTICE:A previous version of this article included a reference to Steve King as a Republican legislator from Nebraska (R-NE). The error was removed January 10, 2019. The rest of the article properly identified Steve King as a Representative for the state of Iowa.