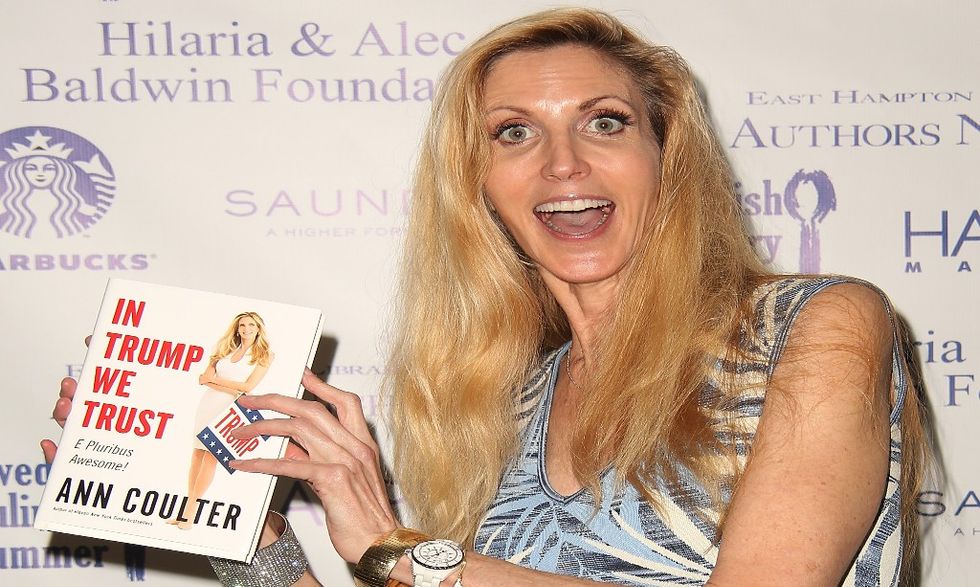 While people around the globe and across the political spectrum expressed dismay and regret over the current violence in Israel during border clashes with Palestinians, one person saw it as an opportunity to suggest new United States border policy.

In response to a New York Times headline stating "Israel responded with rifle fire to a mass attempt by Palestinians to cross a border fence, killing at least 28", conservative pundit Ann Coulter took to Twitter.

"Can we do that?" Coulter posted.

Coulter is no stranger to controversy regarding her public statements. She has been accused in the past of courting it to gain publicity for her books or syndicated column.

She's been a frequent target of boycotts.

Today's remarks also drew immediate response from those who think shooting people with the intent to kill for crossing the border is not something the United States should espouse.

PARENTS: If you don’t hug your children, they’ll end up doing things like calling for the murder of immigrants on s… https://t.co/lUD0LyXmux
— Sleeping Giants (@Sleeping Giants) 1526325577.0

@ParkerMolloy In other death cult news, Ann Coulter, feasting on the blood of today's murdered Palestinians, is hav… https://t.co/4V3iLxyrgu
— Seth Cotlar (@Seth Cotlar) 1526308191.0

@AnnCoulter @StephenGlahn You are one of the few people on the planet who might actually be more disgusting and mor… https://t.co/UdQ4dhMLaK
— Barbara Walsh (@Barbara Walsh) 1526329456.0

In 2000, Coulter considered running for Congress in Connecticut for the Libertarian Party as a means to punish incumbent Republican Congressman Christopher Shays, splitting the conservative vote and ensuring he lost the election. In Coulter's eyes, Shays committed the sin of not voting in favor of Bill Clinton's impeachment.

However after meeting with Coulter, the leadership of the Libertarian Party of Connecticut declined to endorse her. As a result, her self-described "total sham, media-intensive, third-party Jesse Ventura campaign" did not take place.

Coulter also likes to describe herself as a polemicist who "likes to stir the pot." It's this propensity to court controversy for the purpose of furthering her own career and personal wealth that makes it difficult for people to take anything she says seriously.

Still, Twitter is taking her to task for glorifying death and violence, including many questioning the motive for the statement: sincerely held belief or attempt to garner publicity.

@Brymerican @AnnCoulter She _knows_ better, regarding a lot of things. But she's a self-serving ideologue who will… https://t.co/PN2pdQaUcd
— Rachel Martin (@Rachel Martin) 1526321018.0