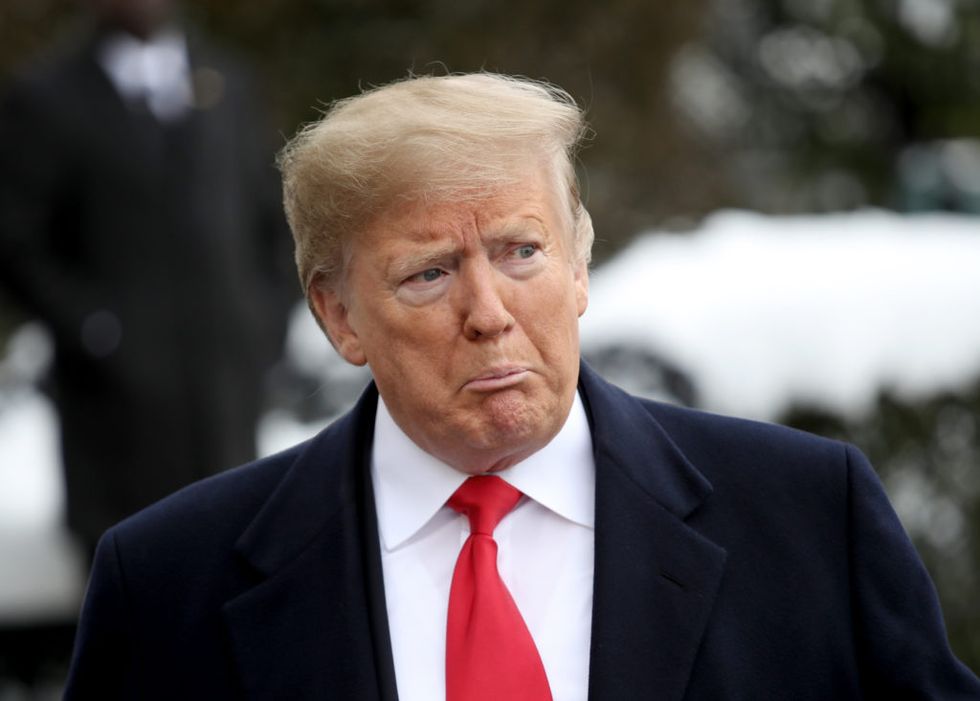 Donald Trump has been nominated for two Razzie awards, and it couldn't happen to a nicer guy.

In the ultimate troll, the annual Golden Raspberry Awards, which recognize the worst in film, have nominated Trump for Worst Screen Combo for himself and "His Self Perpetuating Pettiness" in Dinesh D'Souza's Death of a Nation and Michael Moore's Fahrenheit 11/9. Trump is also up for Worst Actor for his role as himself in both films.

People were so here for the "recognition" being bestowed on Trump.

Razzie Awards 2019 nominates Donald Trump for Worst Actor, even though he was playing himself #RazzieAwards… https://t.co/8IAx9OVrcm
— Digital Spy (@Digital Spy) 1548075725.0

This isn't Trump's first time at the Golden Raspberry rodeo; he actually "won" a Razzie in 1991 for a supporting role in Ghosts Can't Do It.

Fun fact: The only television award @realDonaldTrump has ever actually won was Worst Supporting Actor at the Razzie… https://t.co/uJqoYipoWF
— Kendall Brown (@Kendall Brown) 1545338909.0

The 39th Annual Razzies will be presented to the "winners" on February 23. May the best man win!