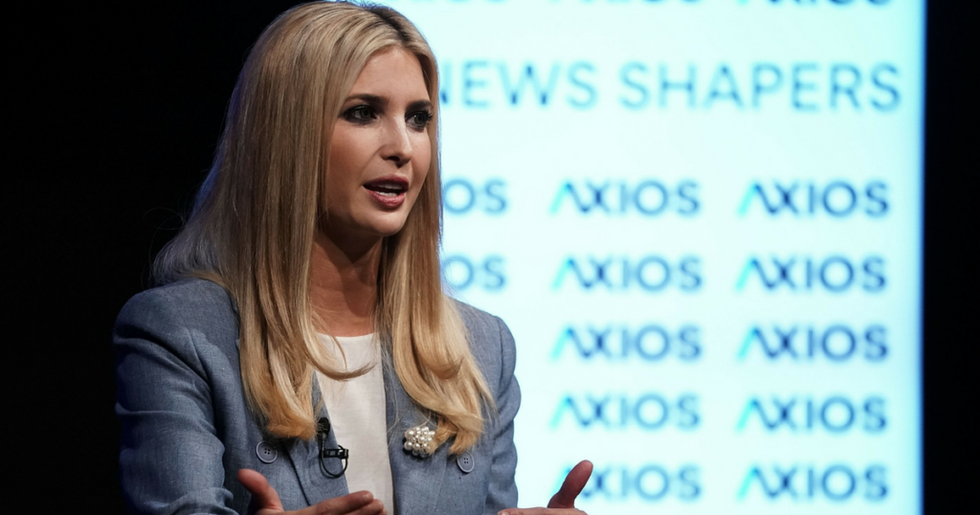 Last week, First Daughter and presidential advisor Ivanka Trump gave an interview with Axios in which she expressed her opposition to her father's policy of separating migrant families at the U.S.-Mexican border.

Yes, we know, Reyes wrote, because beginning in May, all undocumented immigrants, including asylum-seekers, would be criminally prosecuted for attempting to enter the United States. This resulted in thousands of families getting ripped apart, and despite court orders to reunite children with their parents, there are still hundreds of kids still waiting to be given back to their parents.

Reyes said Trump referring to family separation as a "low point" for herself shows how "tone deaf" she is. "Vulnerable children have been irreparably traumatized, wrenched away from their moms and dads, placed in cages under nightmarish conditions … and it was hard for Ivanka?" Reyes asked.

This tone deafness was amplified in two Twitters posts - one in May, when Trump posted a picture of herself and her son, and in June when Trump thanked her father for issuing an executive order ending family separation.

The problem with this, Reyes opined, is that Trump thanked the president for ending a policy he unilaterally started.

In her Axios interview, Trump said: "We have to be very careful about incentivizing behavior that puts children at risk of being trafficked, at risk of entering this country with coyotes, or making an incredibly dangerous journey alone."

Reyes points out that these comments veer "awfully close to blaming migrant parents for family separation." He added that the "boogeyman" is not asylum-seeking immigrants and their children, but rather "a president who has no compassion for Central Americans fleeing for their lives."

Reyes then blasted Trump for not using her "unique position of influence" within her father's inner orbit to match her words.

"These are not easy issues," Ivanka Trump said. "These are incredibly difficult issues and like the rest of the country, I experienced them in a very emotional way."

Trump's lack of action, Reyes wrote, contradicts Trump's decision to "present herself as a child advocate and champion of working women." Reyes's view is that Trump either does not or cannot influence her father despite her words of opposition to the pointless destruction of immigrant families.

@USATODAY @usatodayopinion @IvankaTrump Words without ACTION is meaningless. PLEASE help the children that are stil… https://t.co/5EbgA3JGcR
— Candle of Peace🆘 (@Candle of Peace🆘) 1533560149.0

Reyes concludes: "The smartest thing that Ivanka Trump could say about immigration policy is nothing," adding that Trump's "comments only illustrate the hollowness of her presence in the White House — just as the family separations crisis reveals her as a profile in cowardice."