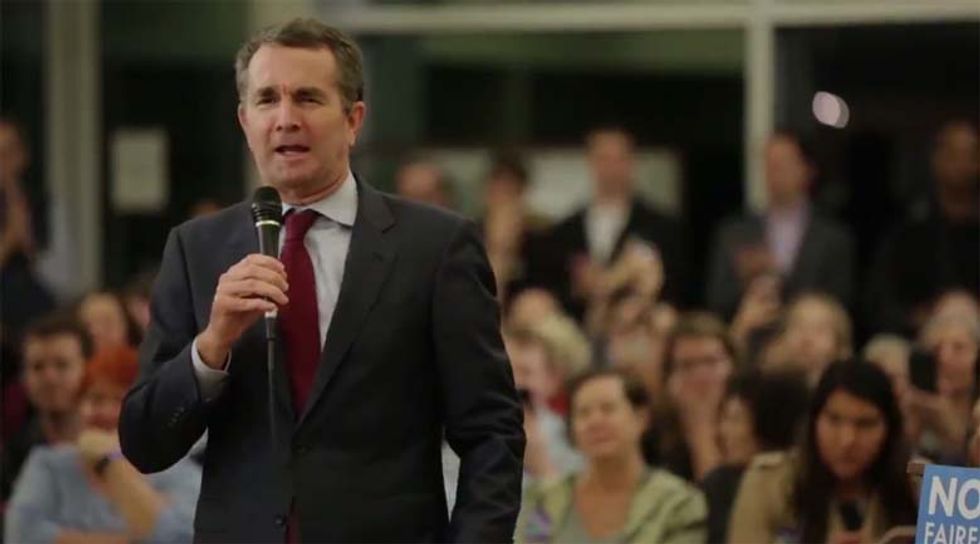 Virginians went to the polls today to elect Democrat Ralph Northam over Republican Ed Gillespie for governor. Watch Northam's full victory full speech in the embed above when it begins and check back later for a full playback. You can watch Gillespie's concession speech below.

Just before Northam came to give his speech, protesters showed up and crashed the event. Watch that video here.

Prior to today's results, Trump has been vehemently against Northam. This morning, Trump tweeted about Northam, saying, "Ralph Northam will allow crime to be rampant in Virginia. He’s weak on crime, weak on our GREAT VETS, Anti-Second Amendment, and has been horrible on Virginia economy."

Trump has since commented on Northam's win:

In 2016, Hillary Clinton won Virginia by 5.4%, leading many to believe that the governor's race was Northam's to lose. But Gillespie has kept it close by running on divisive cultural issues Donald Trump has used to instill fear and exploit divisions, such as the Colombian MS 13 gang, the Confederate monuments, and the NFL's national anthem protests. The Washington Post editorial board went so far as to condemn Gillespie's campaign for these tactics.

In addition to electing a new Governor, Virginia voters will also elect a Lieutenant Governor and Attorney General. Additionally, all 100 members of the Virginia House of Delegates are up for election. Democrats need to gain 17 seats to take over the majority of the Republicans. Candidates running for Lieutenant Governor include Democrat Justin Fairfax and Republican Jill Vogel. Candidates running for Attorney General include incumbent Democrat Mark Herring and Republican John Adams.

Another big Republican v. Democrat showdowns is going tonight, too. In New Jersey, another gubernatorial is putting Chris Christie's protege against a Democrat. However, early results show that the state is going back blue.