A blue wave is building. 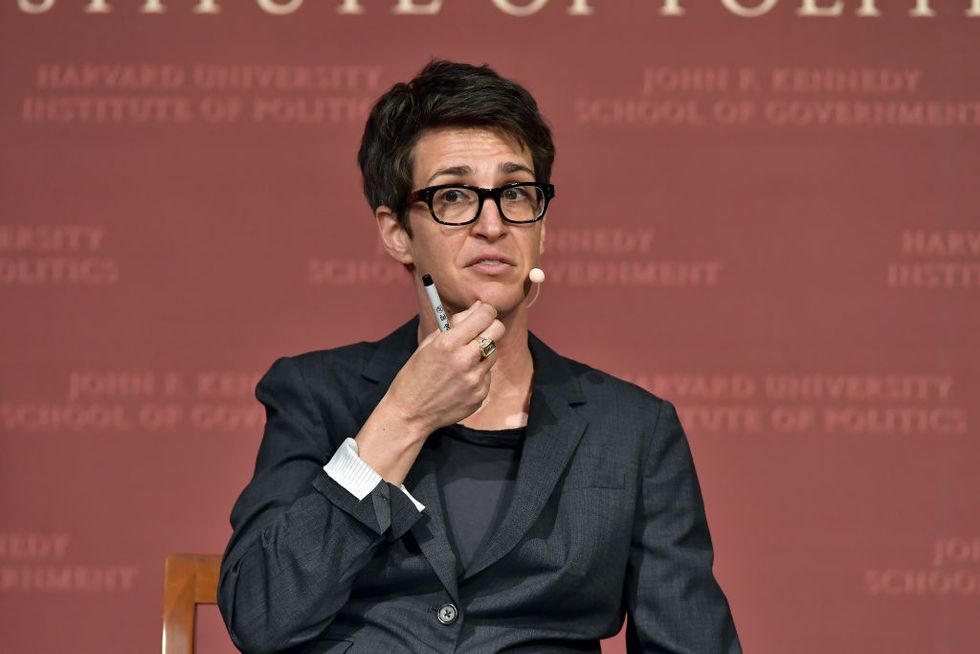 During her show last night, Rachel Maddow showed a chart of the number of candidates from each party challenging incumbents for a House seat and the number of Democrats who are in the running for the 2018 election. They suggest, she says, that a blue wave of opposition to Trumpian policies is building across the nation.

Maddow cited data from a July report by Michael J. Malbin, the co-founder and Executive Director of the nonpartisan Campaign Finance Institute. That report showed that in June, a mere six months since President Donald Trump's inauguration, "209 Democratic challengers had registered with the FEC and raised at least $5,000," a number that "more than doubled the previous high mark since 2003." By contrast, Republicans had 78 challengers with at least $5,000 in 2009, a year before they gained 63 seats in the 2010 midterm elections.

"The early GOP challengers in 2009 foreshadowed the party’s regaining majority control," Malbin wrote at the time. "The question is whether the same will hold true for the Democrats in 2018

Here is the original chart based on data from the Brookings Institution:

Here is the updated chart, which shows the number of House challengers by party as of September 30, 2017:

"The Democrats have pulled even further away from the Republicans," Maddow said last night. "It's now 309 Democratic challengers compared to 71 Republicans, five-and-a-half times more Democratic challengers saying "Game on, I'm in!" when compared to Republicans. If that lopsided count of candidates in 2009 was a harbinger of Republican domination in 2010, what does that lopsided count this year tell you about what's coming up next year? Midterms are only 323 days away."

Maddow isn't the only one who thinks the Democratic Party could propel themselves to bigger wins next year.

In an op-ed for The Washington Post, Katrina vanden Heuvel, the editor and publisher of The Nation, notes that the unexpected victory of Doug Jones in the Alabama special Senate election last week has "strategic meaning" for Democrats as they look to the midterms.

Jones' challenger, Roy Moore, has characterized the election as a battle of warring ideologies, one in which “the heart and soul of our country” are at stake. He has refused to concede the race.