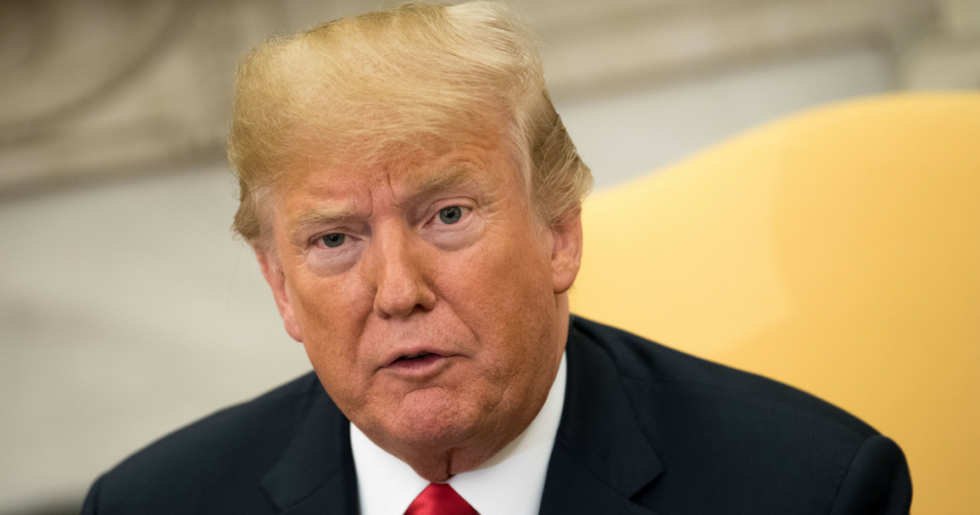 The head of Iran's special forces fired a warning shot at U.S. President Donald Trump on Thursday, saying in a speech that Iran would "destroy all that you possess” should a military conflict break out between the Middle Eastern country and the United States.

The head of Iran’s special forces has delivered a blistering speech in which he repeatedly threatened President Tru… https://t.co/w7afQsjPdX
— The Daily Beast (@The Daily Beast) 1532607677.0

Quds force chief Qassem Soleimani's remarks, which were broadcast on Al Alam TV in Arabic, represent the latest round of increasingly hostile rhetoric between Iran and the United States.

“You know that this war will destroy all that you possess. You will start this war but we will be the ones to impose its end," Soleimani said in his speech. "Therefore you have to be careful about insulting the Iranian people and the president of our Republic."

You know our power in the region and our capabilities in asymmetric war. We will act and we will work.

On Sunday night, Trump tweeted an all-caps warning to Rouhani to "NEVER, EVER THREATEN THE UNITED STATES AGAIN OR YOU WILL SUFFER CONSEQUENCES THE LIKES OF WHICH FEW THROUGHOUT HISTORY HAVE EVER SUFFERED BEFORE."

Soleimani said "as a soldier" it was his "duty to respond to Trump's threats" and that if Trump "wants to use the language of threat... he should talk to me, not to the president."

"I am your foe," Soleimani said, taking a direct shot at Trump, "and my Quds Force is your foe."

There isn't a night where we do not think about you in our sleep. I tell you, Mr. Trump, the gambler, I tell you that at this moment when you are incapable of thinking, we are closer to you in a place you never even imagined.

Trump's tweet was in response to a statement by Rouhani, in which the Iranian leader cautioned that Trump's hawkish attitude toward Iran could lead to "the mother of all wars."

“Don’t play with fire, or you will regret,” the Islamic Republic News Agency reported on Sunday. “We are noble people and we have guaranteed in the history security of the Strait in the region.”

Voices within Trump's administration have echoed the president's aggressive stance against Iran.

“I spoke to the President over the last several days, and President Trump told me that if Iran does anything at all to the negative, they will pay a price like few countries have ever paid before,” Bolton wrote in a statement.

Last week, NBC News reported that Iran has "laid the groundwork to carry out extensive cyber attacks on U.S. and European infrastructure and on private companies."

The warning was issued by Director of National Intelligence Dan Coats on Thursday during the 2018 Aspen Security Forum. Iran was one of several nations, which included North Korea, China, and of course, Russia. Coats said Russia was "by far" the biggest threat, though he conceded Iran has ramped up its capability of striking American infrastructure.

U.S. officials, who spoke on the condition of anonymity, told NBC: "Iran is making preparations that would enable denial-of-service attacks against thousands of electric grids, water plants, and health care and technology companies in the U.S., Germany, the U.K. and other countries in Europe and the Middle East."

Alireza Miryousefi, a spokesperson for the Iranian mission to the United Nations, said the United States is the real aggressor in cyber warfare around the globe.

"Iran has no intention of engaging in any kind of cyber war with the U.S.," Miryousefi said in a statement. "Frankly, from our perspective, it's more likely the U.S. wants the supposed suspicion of an attack as rationalization for a cyber attack against Iran."

"The U.S. is the most belligerent cyber attacker of any nation in the world, repeatedly attacking military and civilian targets across the world including in Iran," he added. "The U.S. has also undermined international efforts to establish global rules surrounding cyber issues. While we cannot comment on specific cyber capabilities or operational detail, we can say that our cyber activities are defensive in nature and necessary for our country's protection."