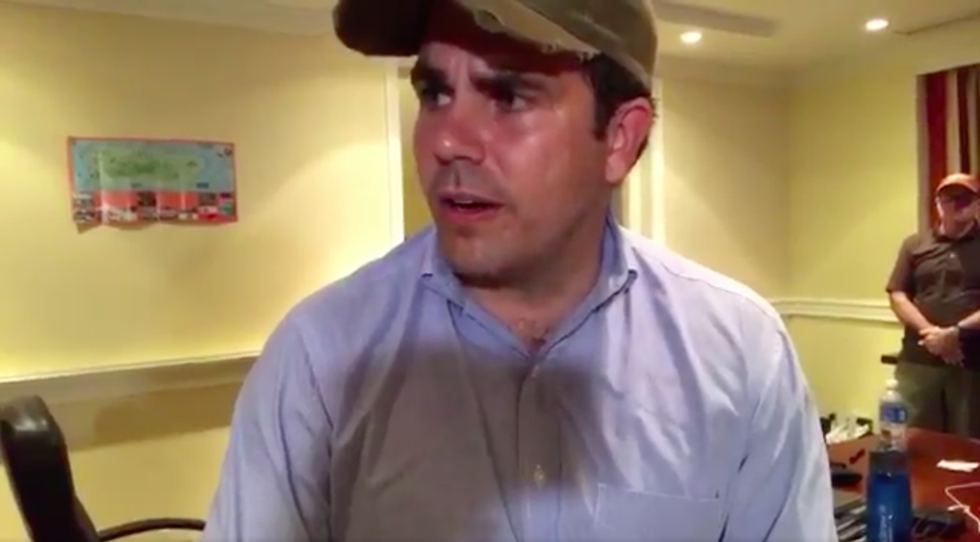 The Jones Act waiver for Puerto Rico expired Sunday night, meaning foreign ships can no longer bring aid to the island––which was battered by Hurricane Maria––from U.S. ports. The Trump administration has no plans to extend it. The administration agreed to temporarily lift the shipping restrictions for Puerto Rico on September 28.

"We believe that extending the waiver is unnecessary to support the humanitarian relief efforts on the island," Homeland Security (DHS) Press Secretary David Lapan wrote to CBS in a statement. "There is an ample supply of Jones Act-qualified vessels to ensure that cargo is able to reach Puerto Rico."

Lapan added that DHS will review requests for individual ships on a case-by-case basis and will "respond quickly if a non-Jones Act qualified vessel is needed for a 'national defense'-related need."

With the arguably outdated law back in effect, Puerto Rico will go back to paying higher shipping costs to import supplies to hurricane-ravaged areas. Writing for The Huffington Post, Jennifer Bendery notes that

The Jones Act requires that all goods shipped between U.S. ports be carried by U.S.-owned and operated ships, which are more expensive vessels than others in the global marketplace. That’s meant that Puerto Rico pays double the costs for goods from the U.S. mainland compared with neighboring islands ― and that U.S. vessels are making bank.

In response, Puerto Rico Governor Ricardo Rossello said yesterday that he wants another extension of the Jones Act waiver. “I think we should have it,” Rossello told CBS News’ David Begnaud. “In this emergency phase, while we’re looking to sustain and save lives, we should have all of the assets at hand.”

President Donald Trump, who spent yesterday golfing, had originally balked on waiving the Jones Act, saying "a lot of shippers" had advised him against it. The president has also faced scathing criticism for not issuing a response to the humanitarian crisis unfolding on the island until five days after Puerto Rico devastated the commonwealth. He didn't visit the disaster site until the following week, spawning a new internet meme after photographers captured him tossing paper towels into a crowd of people.