Is ISIS Behind the Bombing at Port Authority This Morning? Yes. 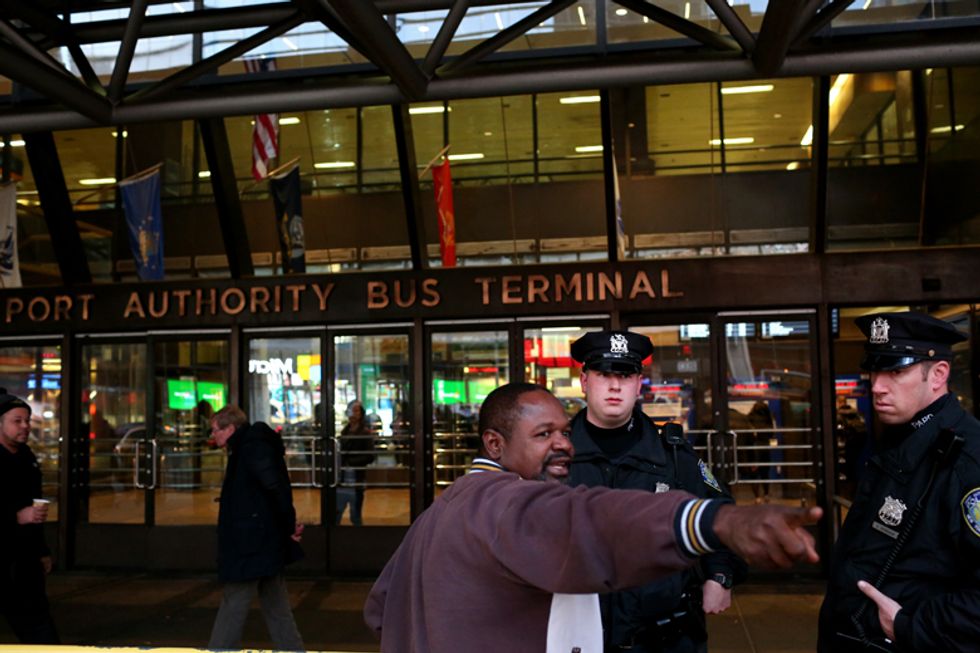 Reports are coming in about an explosive device detonating at Port Authority in New York City this morning. The NYPD is investigating. According to police, reports of the explosion came in at about 7:25 a.m. and the area was evacuated. According to Pix 11, "A man with a 'possible second device' has been detained in the subway tunnel, sources said. He was described him as 'having wires coming out of him.'" The man has been identified as Akayed Ullah, a 27-year-old Bangladeshi national with an address in Brooklyn. He is currently at Bellevue Hospital with serious injuries. CBS adds that the explosion happened in a subway tunnel under Port Authority.

The suspect is the only person injured. It was previously reported by major news outlets that it was a failed suicide bombing with a backpack or a belt, but at a press conference led by the NYPD and Governor Cuomo, it was reported that "it was a pipe bomb affixed to his person with a combination of velcro and zip ties."

The MTA has stated that the 1, 2, 3, A, C, E, N, Q, R, W and 7 trains are bypassing 42 Street as the investigation continues. According to the official Twitter account for Mayor DeBlasio, "The Mayor has been briefed on the incident in Midtown. The NYPD, FDNY and first responders are on the scene."

The Attack Is ISIS-Inspired

According to MSNBC, the bombing was ISIS-inspired. Two years ago, the New York post reported how supporters of the Islamic State urged its followers to attack Times Square with bombs.

An ISIS sympathizer last attacked New York City on Halloween this year. On Halloween afternoon, ISIS-sympathizer Sayfullo Saipov deliberately drove a rented Home Depot van down a bike path for a mile in the Tribeca area of Manhattan, killing 8. After the attack, Saipov leaped out of the van with a BB or pellet gun and shouted, “Allahu akbar,” or, “God is great” in Arabic. According to NBC News, “Law enforcement sources said the man left a note in the truck claiming that he committed the attack for the Islamic State terrorist group.”

Check back for updates about this morning's explosion.