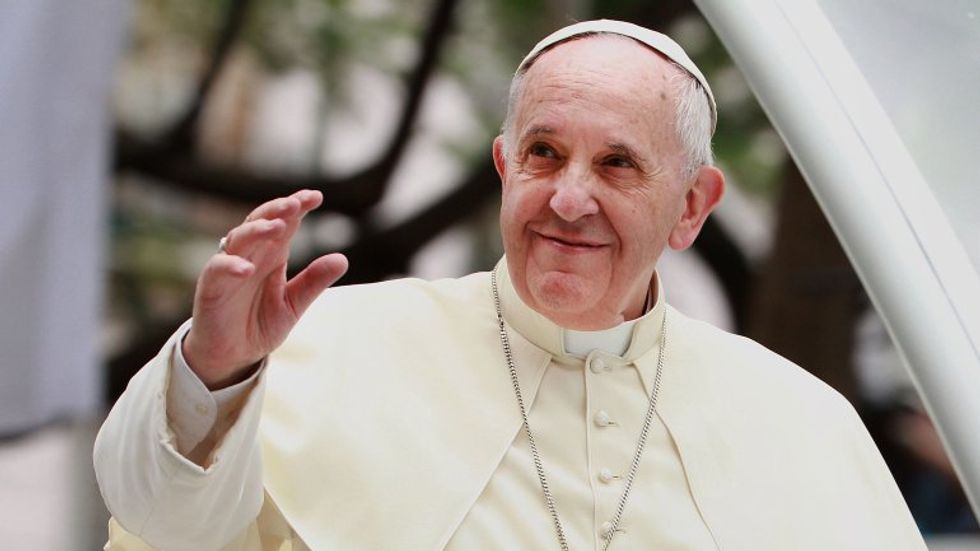 In a candid statement made Sunday aboard a flight home from Armenia, Pope Francis said that Christians owe apologies to LGBTs and others who have been wounded and exploited by church policy. "I believe that the church not only should apologize to the person who is gay whom it has offended," the Pope addressed reporters, "but has to apologize to the poor, to exploited women, to children exploited for labor; it has to ask forgiveness for having blessed many weapons." Many observers hailed the pope’s words as a groundbreaking shift in the church’s views on homosexuality.

The Rev. James Martin, a Jesuit priest and editor of America magazine, praised the Pope’s statement. "While St. John Paul II apologized to several groups in 2000––the Jewish people, indigenous peoples, immigrants, and women, among them––no pope has ever come close to apologizing to the LGBT community. And the Pope is correct of course. First, because forgiveness is an essential part of the Christian life. And second, because no group feels more marginalized in the church today than LGBT people."

Francis DeBernardo, executive director of Catholic gay rights group New Ways Ministry, had similar remarks to share. "No pope has said more welcoming words to LGBT people than when Pope Francis today offered his recommendation that the Church -- indeed all Christians -- should apologize for the harm religious traditions have caused to LGBT people. The pope's statement was simple, yet powerful, and it fell from his lips so easily."

the church is very “negative” about gays, and should apologize for its marginalization of LGBTs throughout history in the wake of the massacre at Orlando’s Pulse nightclub. The shooting left 49 dead and 53 injured and is the worst incidence of violence against the LGBT community since the UpStairs Lounge arson attack of 1973.

The Pope echoed Marx’s statement. "The church must say it is sorry for not having behaved as it should many times, many times––when I say 'the church,' I mean we Christians, because the church is holy; we are the sinners," the Pope said. "We Christians must say we are sorry." The Pope drew attention to the Catechism of the Catholic Church, which stresses respecting gays, not discriminating against them. "One can condemn, but not for theological reasons, but for reasons of political behavior…,” he said. “Certain manifestations are a bit too offensive for others, no? But these are things that have nothing to do with the problem. The problem is a person that has a condition, that has good will and who seeks God, who are we to judge? And we must accompany them well.”