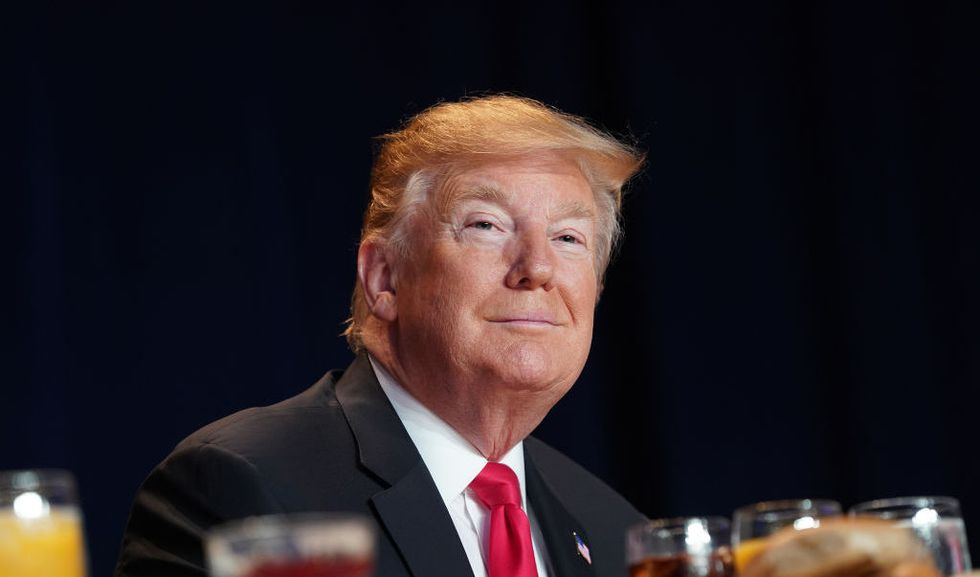 President Donald Trump is the only President who has failed to reach an approval rating over 50 percent nationally. But he could always count on his supporters in certain states for their approval.

However the latest Morning Consult poll shows even that support has dwindled.

In January, their state by state poll revealed only 18 remaining states where voters approved of Trump's job performance while 32 states disapproved. Not that Trump's numbers were great in the Morning Consult December poll results either.

In all Trump's approval ratings fell in 43 out of 50 states, stayed constant in three states and only improved in four. Collectively, Trump garnered a 40 percent approval rating vice 55 percent who disapproved of his job performance. That's a record low for this poll.

The border wall and the government shutdown factored for many in their assessment of the President's job performance. Trump also showed his lowest share of support among Republicans since September.

And in the President's own backyard, Washington DC, 81 percent of voters disapproved of Trump's job performance. His highest ratings, in Wyoming, also showed a drop.

The Morning Consult's Trump Tracker showed the President's approval rating fell by at least 10 percent in every state in the country since he took office in January 2017.

But some Trump supporters refused to believe the results. The reason they gave was "they weren't asked."

And while most pundits are saying the President and the Republican Party should take notice of Trump's poll results, some suggest he should stay the course leading up to 2020.

Although they may not have Trump's best interests at heart.

@PatrickSvitek @MorningConsult To all the Trumpers saying these polls are fake news you are totally correct. Keep d… https://t.co/M4f1b6Ba5C
— chris (@chris) 1549580728.0

Those who follow Trump's approval ratings noted that Morning Consult tends to show higher numbers for the President than any others which lead to certain conclusions about their latest results.

While other polls have consistently dropped below 40 percent approval for Trump, the Morning Consult poll hitting that point, with their much more extensive sample size and larger demographic, indicates a significant issue.

Some voters asked their elected officials to take heed of the President's failed numbers in their home states.

But Trump supporters countered that the poll results failed to reflect the success of the State of the Union, which conservative media outlets called a massive hit. But not everyone was certain the feedback from people who actually watched the SOTU could be called indicative of general widespread approval.

So #Trump got great approval ratings after #StateOfTheUnion2019 ... from a viewership predominantly of his supporte… https://t.co/A5QRMrt6he
— Jennifer Miller (@Jennifer Miller) 1549581992.0

The White House shared the results praising the President's SOTU performance, but have yet to respond to Morning Consult's poll numbers.