Trump Thinks Mueller Should Stay Out of His Businesses, a New Poll Shows the American People Disagree 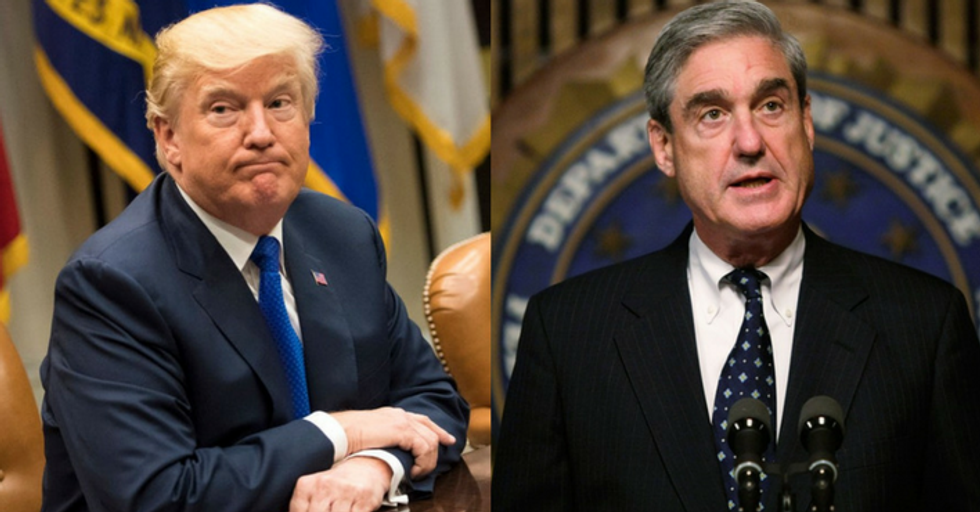 After an FBI raid on his personal lawyer's residence and office, President Donald Trump increased calls for an end to the Russia probe and a narrowing of its scope. Based on a new poll by The Washington Post and ABC News, the people of the United States disagree.

The president suggests the investigation focus only on Russian collusion, and ignore things such as the potential bank fraud and campaign finance violations committed related to $280,000 in payouts made by his lawyer, Michael Cohen, and The National Enquirer.

In response to the president's calls for any investigation of himself or members of his administration or his campaign ignoring any other crimes committed by those individuals, outside of collusion with Russia, The Washington Post and ABC News conducted a poll April 8-11, 2018.

For the question "A special counsel at the U.S. Justice Department, Robert Mueller, has been investigating possible collusion between Trump's campaign and Russian govt to influence the 2016 election. Do you support or oppose Mueller investigating this issue?", the poll found 69 percent support Mueller, 25 percent oppose Mueller, and 6 percent had no opinion.

For the question "Do you support or oppose Mueller investigating allegations that Trump's associates paid hush money to women who say they had affairs with him?", support came from 58 percent of respondents, opposition from 35 percent, with 7 percent having no opinion.

The poll began Sunday and ended Wednesday. Interviews overlapped the Monday raid of the home and office of Michael Cohen, longtime Trump attorney and confidante. FBI agents acted on a duly signed warrant from the Manhattan-based U.S. attorney’s office following a referral of potential criminal activity from Mueller.

Among the records seized were communications between Cohen and Trump and records related to a 2016 payment Cohen made to adult-film star Stephanie Clifford, aka Stormy Daniels. The payment just before the November 2016 presidential election, if made with campaign funds, could violate federal law.

Of course, Rasmussen polling had a completely different take on the matter.