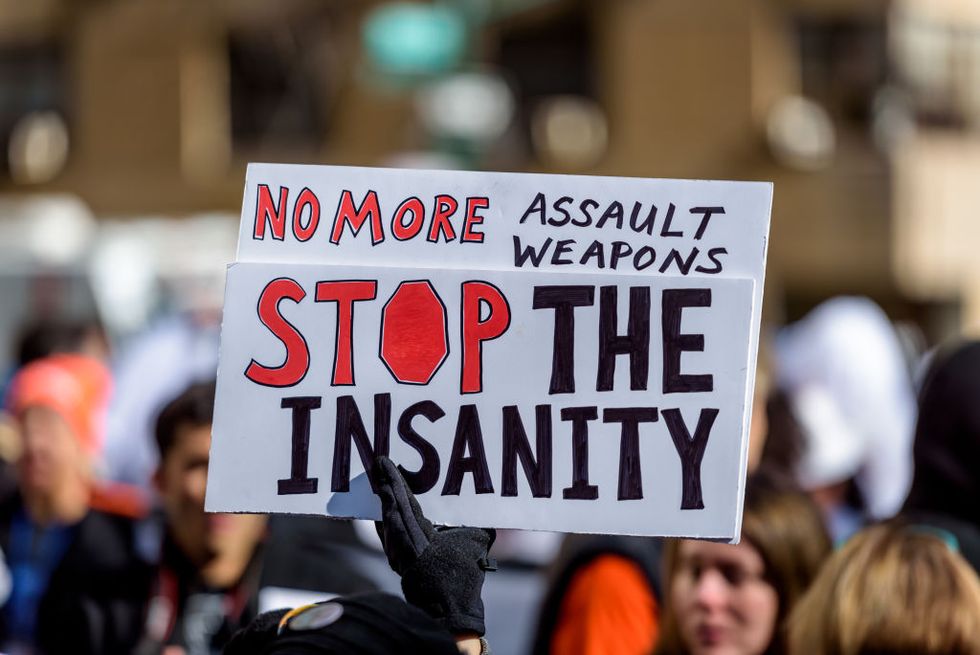 Since the deadly mass shooting at Marjory Stoneman Douglas High School in Parkland, Florida that killed 17 people, attitudes of American voters have shifted on the question of assault weapons. Over 6 in 10 United States voters now support bans on these guns.

Following the deadly shooting, that utilized an AR-15 rifle, students from the Parkland school organized multiple events to raise awareness and create solidarity with other students across the United States. They also took on the National Rifle Association (NRA) directly and indirectly, which targeted them as well.

It appears the student's efforts paid dividends. A new poll conducted by Langer Research Associates for ABC News and The Washington Post found 62 percent of voters polled supported an assault weapons ban versus 35 percent who oppose it.

Such a shift is an abnormality compared to the aftermath of prior mass shootings. But the response by victims was also unusual based on prior mass murders using guns.

Students from Parkland began to speak out, stating enough was enough on gun violence in the USA,  in the immediate aftermath. But so did victims of other mass shootings.

However, unlike previously, the students of Parkland used the communication norm of their generation—social media—to spread their message fast and far. This was a tool and knowledge students from Columbine and Sandy Hook did not have to make their feelings on gun violence known.

Through social media, Parkland students were able to keep the medias attention and organize with other groups and individuals trying to end gun violence. A month after the Valentine's Day murders of 17 people at Marjory Stoneman Douglas High School, Parkland students led a nationwide school walkout.

While the majority of support for gun control lies behind background checks or limiting access to guns for those with histories of certain crimes, violence or certain mental illnesses—the so-called red flag laws—support for banning assault weapons trended upward since February as well.

A breakdown by demographic shows only a few remaining groups of voters that support gun rights over gun control, something both the NRA and the Republican Party should analyze before November midterm elections.

Gun rights remain a priority for voters who characterize themselves as non-college educated white men, evangelical white protestants who are conservative Republicans. It may be time for the GOP to analyze how much of their base fall into those groups.

However, since 2015, support for guns over gun control dropped in every one of those demographics as well. The NRA's money may add to campaign coffers, but it cannot make people vote for you.

Criticism of the Republican led Congress among poll participants fell on the side of unfavorable across all groups. 87 percent of Democrats, 72 percent of independents, and 54 percent of their own Republican Party members state Congress is not doing enough to try to prevent mass shootings.

One area of heavy criticism was the expiration and failure to renew the assault weapons ban in effect from 1994-2004.