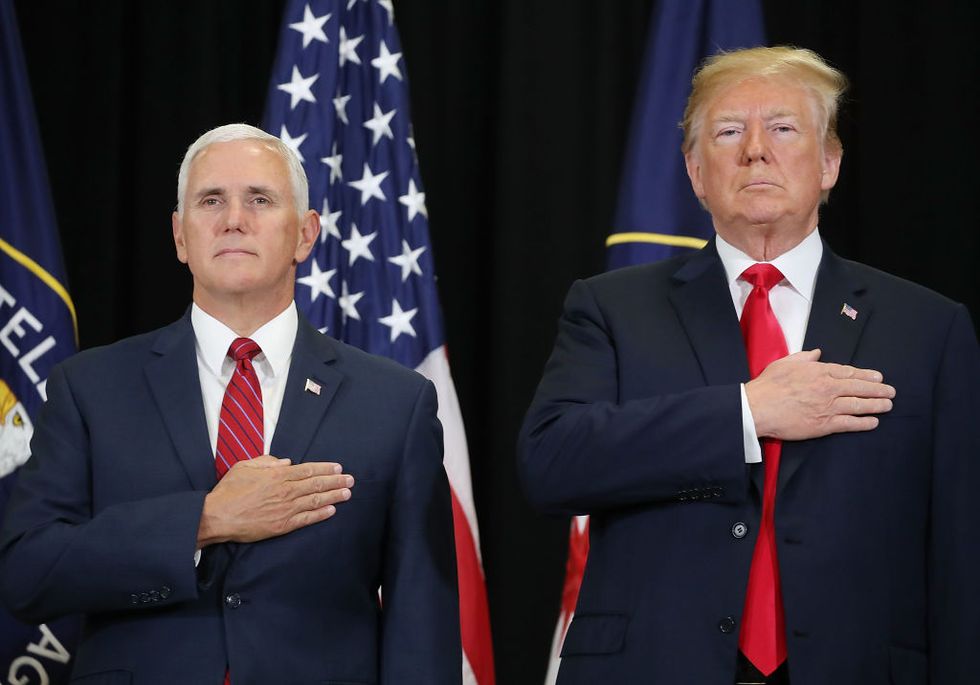 At one time in United States history, the office of the president was held in high esteem by most Americans, almost beyond reproach. Presidents could be viewed unfavorably, but generally over beliefs and policies, not their moral character.

But the Watergate scandal, involving the presidency of Richard Nixon changed that. Suddenly the president was viewed in a new light. They could be fallible, corrupt, or unethical.

Since 1983, during the presidency of Ronald Reagan, the Gallup polling company measures the public's perception of each presidential administration's ethics. And the latest numbers for our current president are not good.

Just 37 percent believe the ethical standards of the Trump administration are either excellent or good. That sets a new record low for the poll.

The previous low point was during the Clinton presidency, at the beginning of its second year in 1994 which coincided with the Whitewater real estate scandal. Only 43 percent thought the administration of Bill Clinton was ethical at that time.

The highest rating goes to President George W. Bush in 2002, coming into the second year of his term just after the terrorist attacks of 2001. Then 74 percent of Americans thought the Bush administration was ethical.

But how did someone who campaigned to remove corruption from Washington, to "drain the swamp" gain such poor ethics ratings?

The poll question itself gives some insight into the record low positive and record high poor ethics ratings for the Trump administration. Respondents are asked to evaluate the entire administration, including the vice president, cabinet, and top officials.

Trump's presidency has been mired in ethics scandals leading to record turnover in the White House. Top officials, including those in cabinet positions, had to resign or were fired.

Education Secretary Betsy DeVos faces serious questions about her competence to hold the position she has as well as how the billionaire campaign donor acquired a position for which she has no experience. No or low experience levels leading to later incompetence has also plagued Trump appointees.

Also hurting the Trump administration? All those resignations.

Rob Porter, a White House adviser to the president resigned over an undisclosed history of domestic abuse that made him ineligible for a security clearance. His resignation led to inquiries into the lack of security clearances for a record number of Trump staff members, including his son-in-law and daughter, attending high level briefings with classified information.

Health and Human Services Secretary Tom Price resigned over his own travel spending scandal, something people have suggested Zinke, Carson, Mnuchin, and Pruitt should also do.

Which leads to Trump himself. His campaign is under investigation. His family members took meetings with Russian officials, lied about the meetings with input from the president, then revealed several different versions until settling on a truth that matched the accounts of other meeting participants.

The president is also facing scandals involving pay offs through his lawyer, Michael Cohen, to various women. Cohen is currently under investigation as well for possible criminal activity.

All of these scandals hurt the credibility of the Trump administration and contributed to their rating as the least ethical in modern United States history.