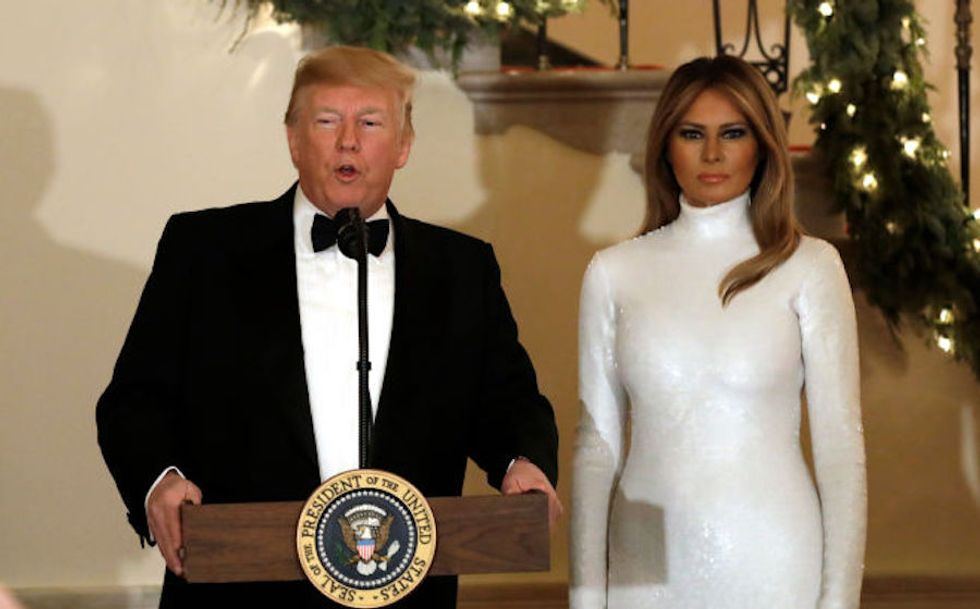 Since 1946, Gallup conducts an annual poll to find out which man and woman is the most admired by people in the United States. In an open-ended question, respondents are asked to name "the man and woman living anywhere in the world today whom they admire most."

The exact question according to Gallup is:

"What man/woman that you have heard or read about, living today in any part of the world, do you admire most? And who is your second choice?"

This year's results had some first and some repeat performances.

For the 11th consecutive year, former President Barack Obama topped the list for man most admired by people in the United States. His first time on the list came when he was President-elect, then eight times while President, followed by two years now as former President.

This marks only the 13th time in 72 years of the poll that the sitting President has not been the most admired man. This is President Trump's second year to not make the top spot.

For most admired woman, a first timer unseated the person who held the position for 17 straight years. Former Secretary of State, Senator and First Lady Hillary Clinton made the top spot from 2000-2017.

But this year, former First Lady Michelle Obama took a commanding lead for top spot, with 15% naming her the most admired woman in the world. She had 10 percentage points over Oprah Winfrey who came in second at 5% while her husband beat Trump by six percentage points.

The full list of most admired women in the world for people in the United States is:

First Lady Melania Trump faired worse than her husband, making only the fourth spot on the list behind Obama, Winfrey and Hillary Clinton. The current FLOTUS garnered only 4% support compared to her husband's 13%.

HRH Queen Elizabeth II made her 50th appearance on the list of most admired women. And while politics and business comprised the top ten men, women were drawn from entertainment and activism as well.

Winfrey appeared on the list for the 31st time. Secretary Clinton appeared for the 27th time.

Clinton also finished first a total of 22 times, more than any other man or woman.

President Obama closed the gap on the record for most times as Most Admired Man. President Dwight Eisenhower holds the record at 12 times, however only 10 of those times were in consecutive years.

President Trump potentially has at least two more chances to be the most admired man while still in office. But no President has made the top spot with job approval ratings as poor as Trump's.

Of course the Trump's do have some ardent admirers.

And the split between Democrats, independents and Republicans reflected in the poll results as well as at the polls back in November.

While Democrats and independents kept largely the same order top to bottom for the first top five spots, Republicans varied greatly from both groups. However their strong support of the Trump's allowed both to make the list.

Although Barack and Michelle Obama garnered 7% and 5% admiration respectively from Republicans, Donald and Melania Trump both drew only 1% from Democrats. The Obamas drew 13% and 12% from independents while the Trumps drew 10% and only 2% from the same group.

Polls and popularity are deeply important to President Trump. The idea of his popularity dominates his Twitter feed.

So how does he feel to lose to President Barack Obama again and be the only second sitting President to never be the most admired man for people in the United States, his constituents?

Trump has yet to address the Gallup poll results, but the likelihood it will be dismissed as "fake news" like anything else that fails to flatter Trump is high.