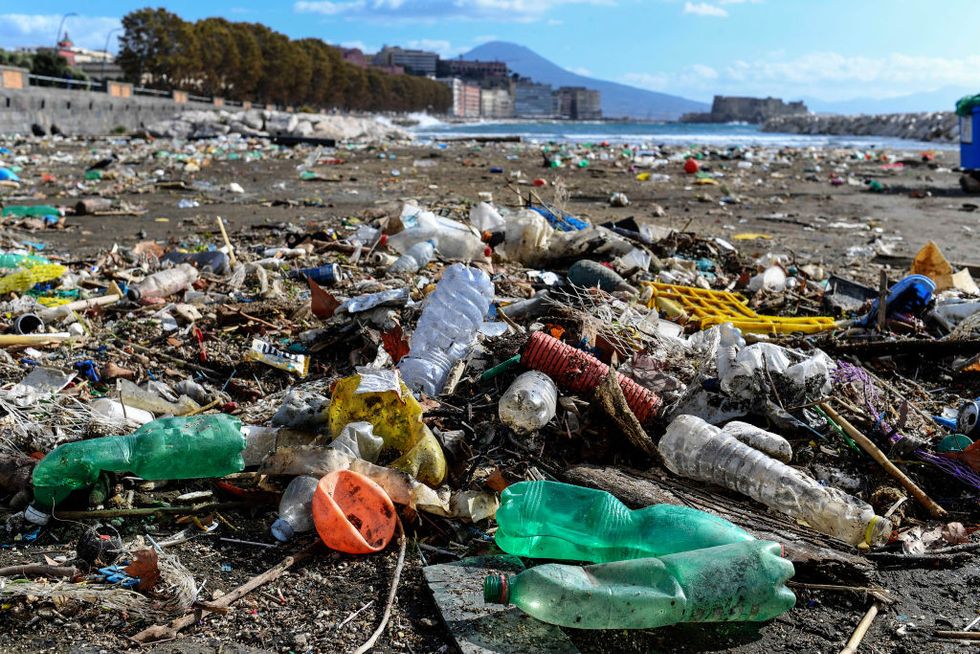 NAPOLI, CAMPANIA, ITALY - 2018/10/30: A beach in Naples covered with plastic waste and debris brought by the storm of recent days. The bad weather that struck Naples has caused a lot of damage and inconvenience also on the beaches. (Photo by Salvatore Laporta/KONTROLAB /LightRocket via Getty Images)

Britain's Royal Statistical Society has announced its 2018 Statistic of the Year—but there's little reason to celebrate.

The society called attention to the growing problem that plastic presents to the environment with this sobering figure: 90.5% of plastic has never been recycled.

While plastic can be refurbished for nearly unlimited reuse, plastic waste can often take centuries to break down and its presence in the environment threatens wildlife of land and sea.

Until 2017, numerous countries including the United States imported nearly half of all plastic waste to China for recycling. That arrangement fell through with China's passage of the National Sword policy which forbade further plastic imports to the region.

As a result, the plastic refuse of several nations is beginning to pile up, and many don't have a plan for allowing the plastic recycling process to go uninterrupted.

The problem may seem insurmountable, but most are in agreement that action must be taken.

Some had their own suggestions for alternatives.

@CBSNews switched to paper straws and they let you slurp up that soda as good as the plastic one
— Michele (@Michele) 1545183960.0

But change is only going to come with widespread action—and we have our work cut out for us.

@TheRealLukevans The hardest thing is to change people's minds. Sadly, people who don't care are still too many. It… https://t.co/RUYqTLUbmN
— Jessica Martins (@Jessica Martins) 1545161319.0

Hopefully the Statistical Society's decision will result in more exposure of the problem and awareness will eventually bring action.