An Artist Just Turned Donald Trump's Hollywood Star Into a Political Statement, and People Are Loving It 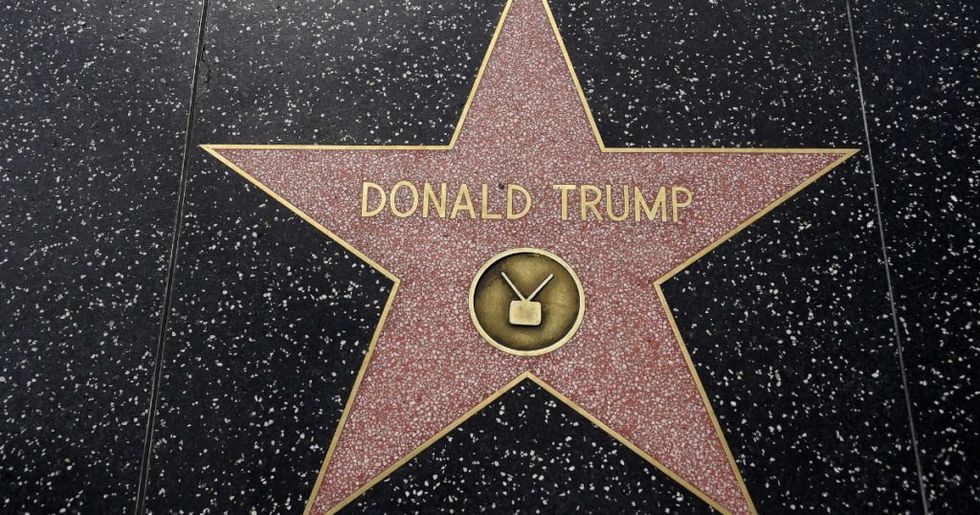 The artist said that rallying cries for Trump to be imprisoned since he took office inspired him to lock Trump up, even if it's only metaphorical.

"There have been calls to jail Trump since the day he was elected, and today he was certainly put behind bars," Plastic Jesus told Huffington Post in an email, which contained additional photos of his work.

He added that "although it was very quickly damaged by a Trump supporter trying to remove it, the bars did appear to be stuck fast and were there several hours later ― to the amusement of thousands of passing tourists."

The bars were secured using "industrial strength double-sided sticky tape," Plastic Jesus told HuffPost. "I wanted them to stay down but didn’t want a bill for thousands of dollars to repair the footpath."

He added his "protest art was intended to be humorous" and that Trump should "pay the price" if he is ever indicted or convicted of any crimes.

As is probably expected, Twitter went wild over the stunt.

Trump behind bars? People seem to love it.

Putting bars on Trump's star is not the first time Plastic Jesus has used art to encourage dissent against Trump.

Back to school? Everything you need for the new term. Including Level 3A bullet proof vest. From Plastic Jesus ind… https://t.co/Iv4m4Zkxvg
— PLASTIC JESUS®️ (@PLASTIC JESUS®️) 1533422286.0

And in 2016, Plastic Jesus erected a mini wall around Trump's star, mocking the president's campaign promise to build a wall along the U.S.-Mexican border. The tiny enclosure included barbed wire and toothpick-sized American flags.

HOLLYWOOD, CA - JULY 20: A wall, constructed by the artist known as Plastic Jesus, is placed around the Hollywood Walk of Fame Star of Donald Trump on July 20, 2016 in Hollywood, California. (Photo by David Livingston/Getty Images)

HOLLYWOOD, CA - JULY 20: A wall, constructed by the artist known as Plastic Jesus, is placed around the Hollywood Walk of Fame Star of Donald Trump on July 20, 2016 in Hollywood, California. (Photo by David Livingston/Getty Images)

In August, the West Hollywood City Council voted unanimously to have Trump's star removed, however, their vote was overruled by the Hollywood Chamber of Commerce, which has never removed a star.

How about replacing it with someone who really earned it? Like @carrieffisher https://t.co/f1XMXanpWP
— Mark Hamill (@Mark Hamill) 1533590054.0

The star has seen its share of vandalism too. It was smashed with a pickaxe last month and had previously been defecated on by a dog.