Texas Tech Fans Are Blaming This Selfie From Ted Cruz For Their NCAA Championship Overtime Loss, and We Kind of See Why 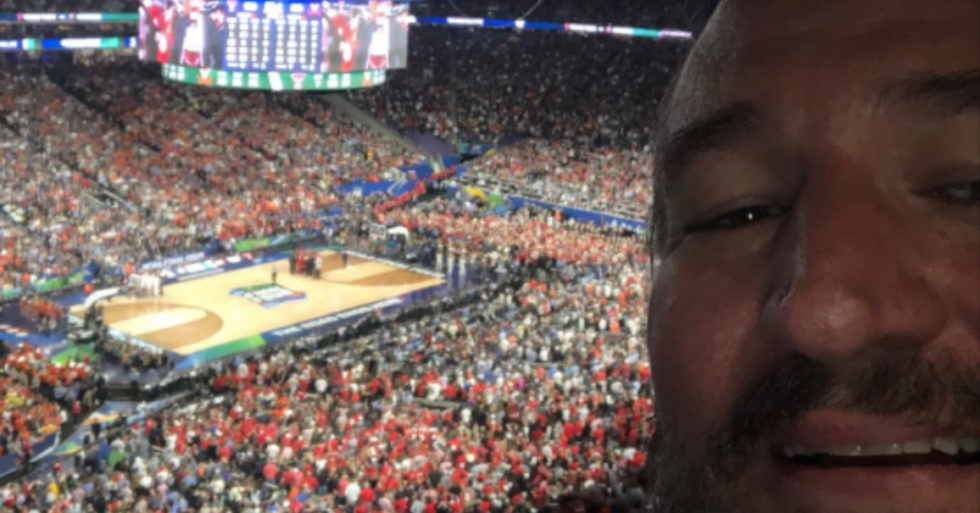 Cruz tweeted a selfie yesterday from the NCAA championship game at U.S. Bank Stadium in Minneapolis and observed that Texas Tech held a 1-point lead with 35 seconds left in regulation.

But Cruz spoke too soon, and Texas Tech fans claimed he jinxed the game after the team was defeated in an 85-77 overtime victory by Virginia.

Cruz didn't address the roasting, but he did praise Texas Tech in a tweet afterward.

"A heartbreaking loss, but an AMAZING game," he wrote.

A heartbreaking loss, but an AMAZING game. Congrats to @TexasTechMBB for a history-making season. Overtime in the N… https://t.co/UEUYh0LDhH
— Ted Cruz (@Ted Cruz) 1554783600.0

This isn't the first time Cruz has made (rather hilarious headlines) for being a jinx.

Last year, his #ClutchCity tweet during Game 7 of the Warriors/Rockets series last year was also roasted.

Fans said the tweet was the reason for Houston missing 27 straight attempts from 3-point range in defeat.