NBC News Just Compiled a List of All the Insults White House Officials Have Made About Trump, and It's Brutal 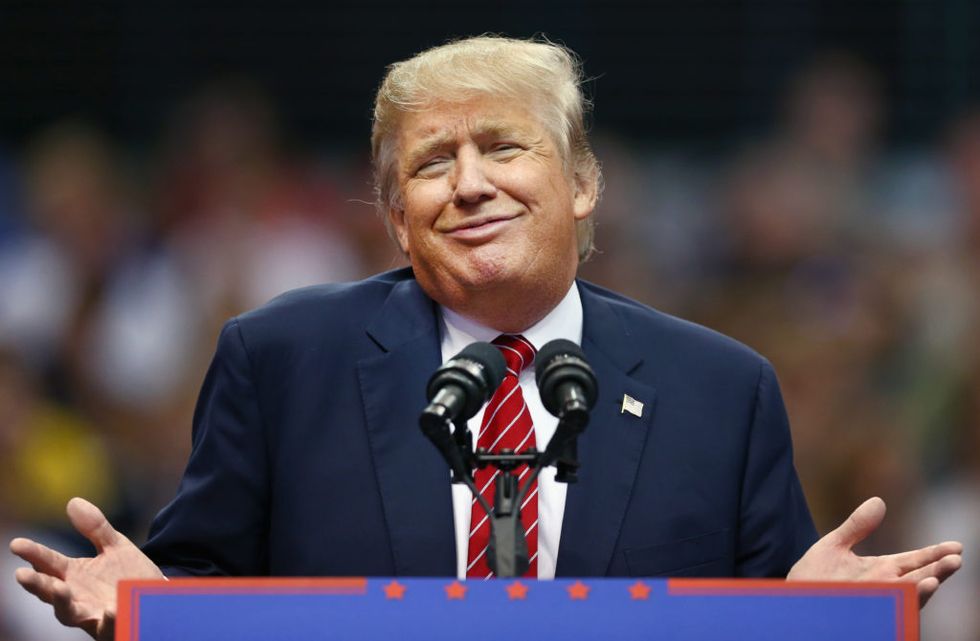 DALLAS, TX - SEPTEMBER 14: Republican presidential candidate Donald Trump speaks during a campaign rally at the American Airlines Center on September 14, 2015 in Dallas, Texas. More than 20,000 tickets have been distributed for the event. (Photo by Tom Pennington/Getty Images)

On Monday, it was reported that Donald Trump's Chief of Staff John Kelly regularly refers to Donald Trump as an "idiot."

Last night Donald Trump tried to swat down that report with tweets of solidarity:

But the report is certainly nothing new. There is a long history of Trump's own close officials calling him a variety of insults and NBC News decided to put them all in one place on the air on Tuesday, with what anchor Hallie Jackson called their "insult list."

The insults cited include:

A "dope"...intelligence of a "kindergartener" - H.R. McMaster, National Security Advisor

"If you notice, none of them work for Donald Trump anymore except for John Kelly."

Which could lend credence to the rumor that Kelly may be leaving the White House as soon as this summer.

Meanwhile, plenty of people have picked up on the story on the president's favorite social media site, Twitter. The number of Tweets repeating the string of insults cannot sit well with Trump.

Many speculated that the stories about Kelly's insults are a deliberate ploy by other members of Trump's staff intended to get the retired general fired like several of his predecessors who also reportedly insulted Trump.

If JOHN Kelly is calling Trump an idiot behind the scenes, all the more reason to keep him. Smells like Ivanka and Jared leaking.
— Chelsea Handler (@Chelsea Handler) 1525129582.0

One person even went so far as to create a trivia poll about the insults allegedly hurled at the president by his own staff.