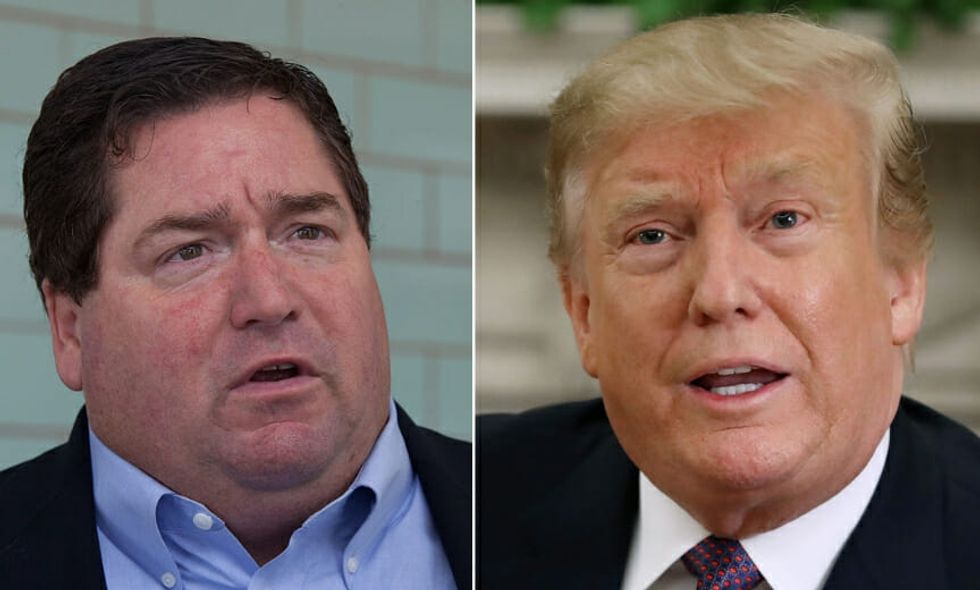 President Donald Trump arrived in southwest Louisiana on Tuesday for a campaign rally for energy workers.

As Air Force One arrived on the tarmac, Lieutenant Governor of Louisiana Billy Nungesser approached Trump, ready to show off some socks he'd gotten just for the occasion.

The navy socks feature a portrait of Trump with unkempt, faux blonde hair.

Though Nungesser seemed pleased, the socks were widely panned on the internet.

Many criticized the Lieutenant Governor for a show of appreciation that veered into 'creepy' at a blistering pace.

Trump's ensuing rally went on without any hindrance to the displays and actions this country has grown used to seeing. Trump repeated the familiar myth that wind turbines—or "windmills" as he calls them— don't store energy, but rather provide it in real time. Trump assisted to lukewarm applause that the wind turbines would stop supplying patterns if the wind happens not to be blowing that day.

Nevertheless, Trump supporters cheered as his remarks on energy devolved into a full blown campaign speech.