Donald Trump Just Said 'We're President' During His Latest Bonkers Interview, and People Are Pretty Sure They Know Who the 'We' Is 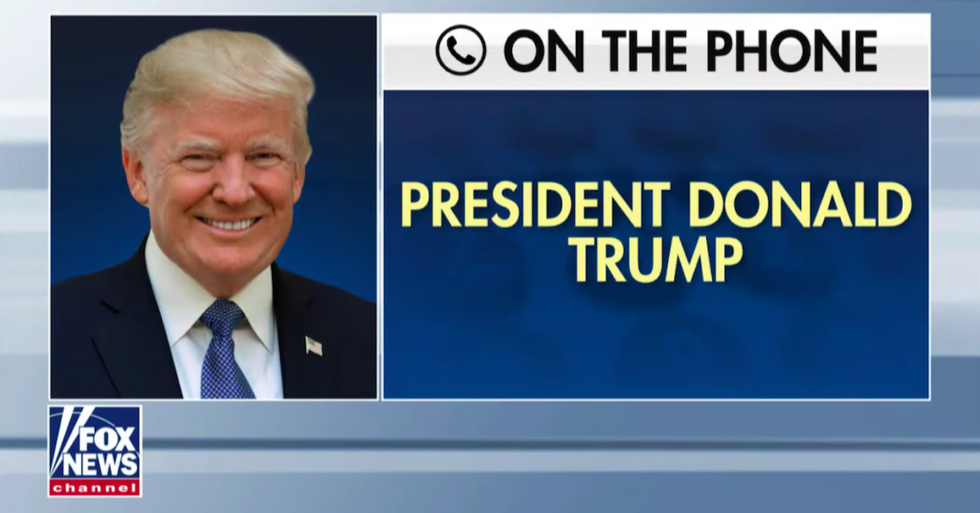 During a recent phone interview between Fox News' Sean Hannity and President Donald Trump, the President went on a few tangents that people found difficult to follow.

At one point, Trump fixated on the use of the word "manufactured." While people had difficulty understanding what he was talking about, one statement was made very clear by the President.

Listen to his comments here:

"Remember when everybody used the word 'manufactured'? But it's not a word associated with what they were talking a… https://t.co/cgn5sozSDa
— Bobby Lewis (@Bobby Lewis) 1561039325.0

@atrupar When he says “we’re president” who is he referring to? Himself and Putin? Himself and the reflection in th… https://t.co/QkdhXGONws
— Sarah Wood (@Sarah Wood) 1561038989.0

People offered theories on who else is President along with Trump. One name came up several times.

Others thought it might simply be a matter of having met Queen Elizabeth II recently.

Others got a bit more creative in their guesses.

But another name came up again and again too.

The President spoke to Hannity on the phone for almost 45 minutes. You can see—and hear—the full interview here.

In response to reporting from political pundits like Hannity, Steve Deace wrote the book Truth Bombs: Confronting the Lies Conservatives Believe (To Our Own Demise), available for pre-order here.