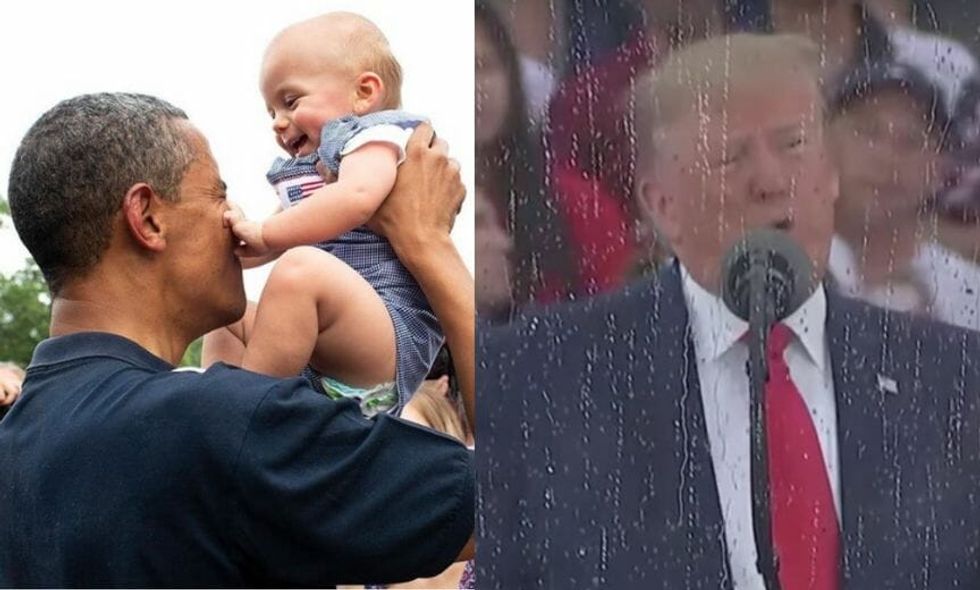 Former White House photographer for President Barack Obama, Pete Souza, is no stranger to trolling Trump, which he routinely does simply by posting photos of President Obama on Instagram to draw the stark contrast between Obama and the current occupant of 1600 Pennsylvania Avenue.

And this Fourth of July was no different, as Souza proved with photos taken of former President Obama celebrating the nation's independence when he was president.

"July 4, 2012: Greeting military families on the South Lawn of the White House."

"July 4, 2013: Listening to the Marine Band before making remarks to military families."

People couldn't help but draw contrast to that of Donald Trump's.

And everyone made it clear how much they missed the Obamas.

Thank you, Mr. Souza, for capturing these moments.