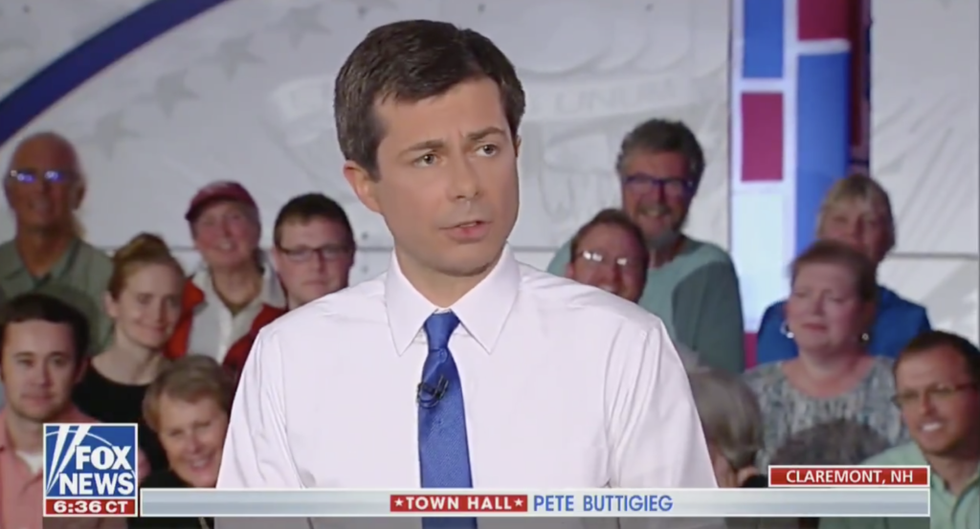 In the throes of an already divided political landscape, Fox News is facing frequent criticism for the flagrantly partisan coverage and outright lies told by the network's opinion journalists, including hosts Tucker Carlson and Laura Ingraham. Multiple presidential candidates have refused to appear in town halls on the network, accusing it of giving a megaphone to racism and ignorance.

Another presidential contender—Democratic South Bend, Indiana Mayor Pete Buttigieg—is calling out the network as well, and this time he did it on the very network he was discussing.

Even the participation in a town hall on Fox News has proven controversial for Democratic candidates due to its disturbing content. Mayor Pete addressed this:

"A lot of people in my party were critical of me doing this with Fox News, and I get where that's coming from, especially when you see what goes on with some of the opinion hosts on this network. I mean, when you've got Tucker Carlson saying that immigrants make America dirty, when you've got Laura Ingraham comparing detention centers with children in cages to summer camps...then there is a reason why anybody has to swallow hard and think twice before participating in this media ecosystem."

Tucker Carlson, Laura Ingraham, and the network's other opinion hosts frequently use their time slots to espouse racist and xenophobic viewpoints, often based on blatant falsehoods.

"We have to find people where they are, not change our values, but update our vocabulary so that we're truly connecting with Americans coast to coast."

Many Americans praised Buttigieg for not letting his appearance on the network keep him from calling out the rhetoric its hosts have perpetuated.

@Mediaite @IngrahamAngle @TuckerCarlson are two of the most vile people on the planet. Thank you Mayor Pete for calling them out.
— Unite & Resist (@Unite & Resist) 1558312634.0

It remains to be seen whether or not Mayor Pete can sway Fox News viewers with his messaging, but it's clear he's determined to try.