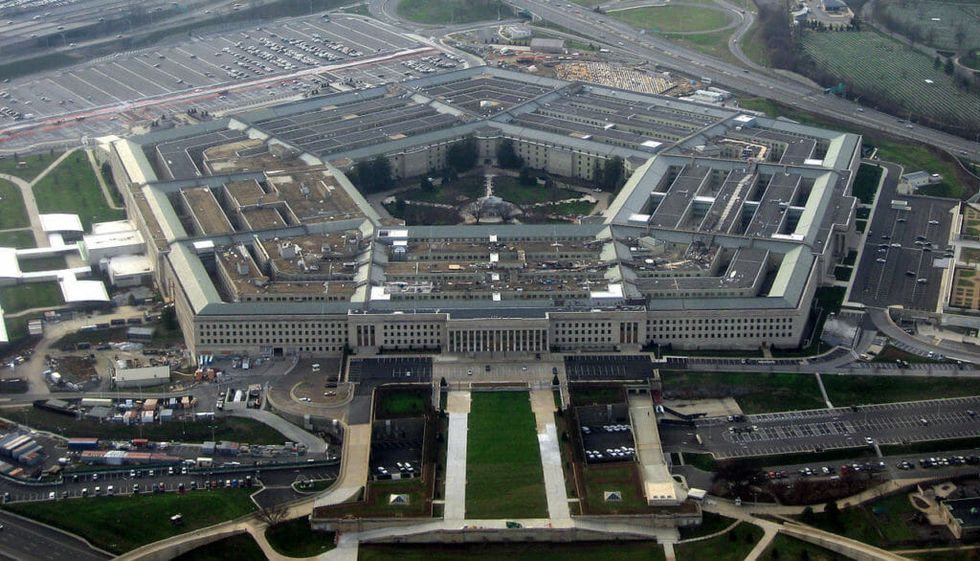 The Pentagon paid for an active-duty service member's gender transition surgery that took place on Tuesday, NBC News reports. It was the first such gender-reassignment procedure approved under a waiver allowing the United States military to pay for the operation, and it took place in a private hospital.

We know that the soldier identifies as a woman, according to a source who knows the service member, and that she received her Combat Infantry Badge in Operation Anaconda in Afghanistan in 2003.

Both the surgery and its approval follow President Donald Trump's failed attempt via a signed memo to ban transgender recruits from serving in the military, so that he could get his desired government budget plan to pass through Congress. The memo also tried to cut future funding for gender confirmation surgeries. We all remember the president's tweets back in July announcing this new policy.

In response to those tweets, General Joseph Dunford, the Chairman of the Joint Chiefs of Staff, insisted that there would be “no modifications to the current policy” until the Pentagon had received and implemented new guidance on that proposed policy. The White House released the 2 1/2 page memo anyway, in late August.

But then a week later after the memo was released, Defense Secretary James Mattis announced the Pentagon would not implement President Donald Trump’s directive banning transgender people from serving in the military in any capacity at that time. Trump's ban even inspired rare bipartisan effort in the U.S. Senate, as two senators reached across the aisle to try to reverse the new policy with an amendment to the National Defense Authorization Act.

Then on October 30, a federal judge barred the Trump administration from banning transgender people from military service. U.S. District Judge Colleen Kollar-Kotelly ruled transgender service members suing over Trump’s policy likely to win their lawsuit, and she mandated a return to the policy in place before Trump announced his ban.

"This afternoon, an active-duty military member received a sex-reassignment surgery. Military hospitals do not have the surgical expertise to perform this type of surgery, therefore it was conducted in a private hospital," the Pentagon announced in a statement on Tuesday.

"Because this service member had already begun a sex-reassignment course of treatment, and the treating doctor deemed this surgery medically necessary, a waiver was approved by the director of the Defense Health Agency. The Supplemental Health Care Program will cover this surgery in accordance with the Department's interim guidance on transgender Service members."

A RAND Corporation study released in June of last year found that allowing transgender people to serve openly in the military would "have minimal impact on readiness and health care costs."