Is Paul Ryan Running for President in 2020? 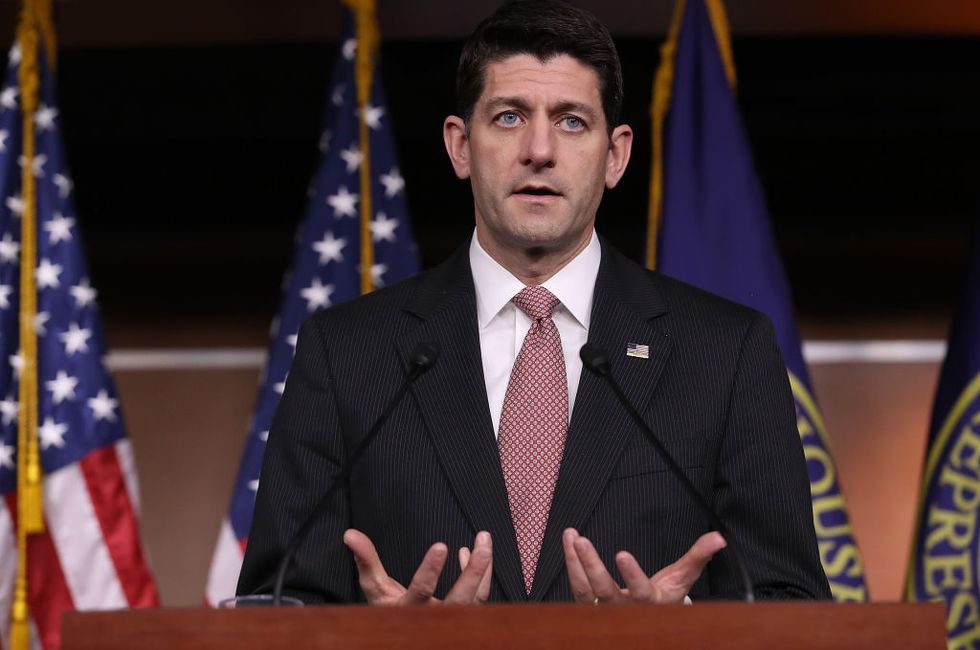 Politicoreports that House Speaker Paul Ryan does not plan to seek re-election after his current term ends next year. The media outlet cites interviews with three dozen of Ryan's associates, who've said Ryan has expressed unhappiness about his position––particularly where the "mico-tactics" of intra-party debates are concerned––and that the atmosphere in Congress has become polarized and childish enough for him to feel like he's "running a daycare center."

The speaker can't afford to admit he’s a lame-duck—his fundraising capacity and dealmaking leverage would be vastly diminished, making the House all the more difficult to govern. When asked at the end of a Thursday morning press conference if he was leaving soon, Ryan shot a quick “no” over his shoulder as he walked out of the room.

Whispers about Ryan's potential retirement had circulated around Washington for months, and the news now forces his fellow Republicans to jockey for position. Additionally, Ryan and his team "have operated under the assumption that if Republicans enact the first tax overhaul in 30 years, much of the frustration will wane — and party-wide euphoria at the realization of their first major legislative victory will make the year-end, bipartisan deals easier to swallow," but The Washington Timesreports that Ryan told confidantes that the tax-cut bill was his chief goal, and if Congress can finish it this year the speaker will conclude his work is done."

“There is certainly a school of thought that says ‘leave on a high note,’” a GOP lawmaker close to Ryan told The Hill in November. “And passage of tax reform would be a high note for a guy that’s spent 18 years in Congress working on it.”

The news of Ryan's potential exit has fueled speculation that he might be running for president. Ryan attempted to downplay these rumors last year, shortly after releasing a video excerpting a speech he gave which pleaded for less polarized and partisan politics. The video, noted The Week's Paul Waldman, "looks a lot like a campaign ad, complete with swelling music and shaky-cam."

Waldman's article, written ahead of the Republican National Convention, entertains this notion, hearkening back to a time before the tumultuousness of the eventual Trump presidency which would later seize Washington:

There's not much upside to being the Republican nominee this year. Just think about what has to happen for him to become the nominee. Donald Trump would have to fail to get a majority of delegates. Ted Cruz would then need to fail to assemble a majority as they move through ballot after ballot in Cleveland. And then in the end, the party leaders would need to unite around Ryan. Trump's voters would be enraged that the nomination had been stolen from their champion, and whether or not we'd see riots at the convention (as Trump predicted), there's a strong chance that many of Trump's voters, disgusted with the outcome of the primaries, would stay home in the fall. That's not even to mention the tremendous harm this primary campaign has done to the Republican brand, particularly with minority voters. That's a condition that might be ameliorated eventually, but not this year.

A separate report––this time via The New Yorker––quotes Ryan as he expresses his reluctance to run: "Apples and oranges,” Ryan said at the time of a "suspiciously" timed speech about a recent foreign policy trip to the Middle East. “Speaker of the House is a far cry from being President of the United States, specifically because I was already in the House. I'm already a congressman, so I was asked by my colleagues to take a responsibility within Congress that I've already been serving in from the one that I had. That is entirely different than getting the nomination for President of the United States by your party without even running for the job, so completely non-sequitur comparison in my book.”