A profile in courage. 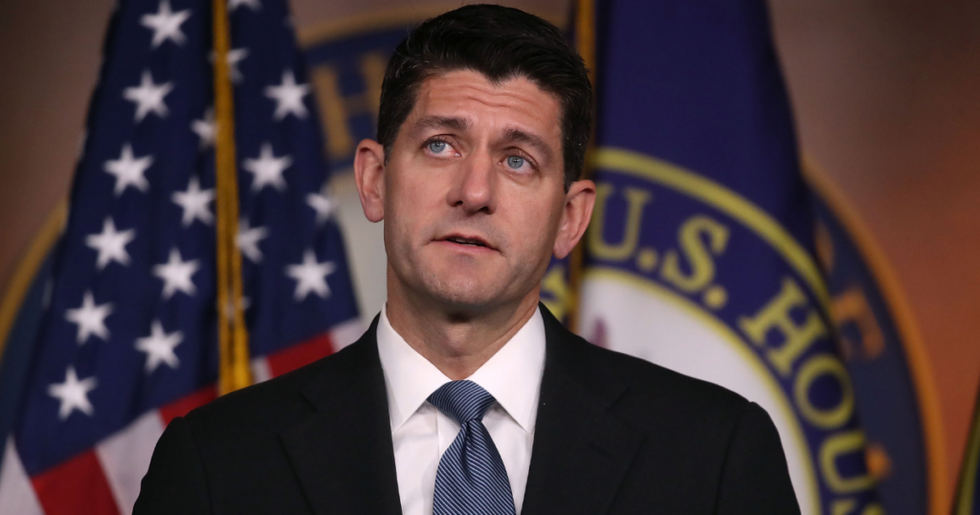 Political correspondent Tim Alberta's book American Carnage: On the Front Lines of the Republican Civil War and the Rise of President Trump  documents the ways former anti-Trump Republican lawmakers made the ideological leap to becoming some of President Donald Trump's staunchest allies. Though the book is yet to be released, it's already making headlines due to some revelations from former Speaker of the House Paul Ryan (R-WI) opened up about his interactions with Trump during his speakership.

In newly-released excerpts from the Washington Post, Ryan reveals that Trump knew "nothing about government" and that he ultimately retired from government due to the toxicity of Trump's association.

Alberta writes that Ryan didn't think he could bear another two years with Trump in the White House and used retirement as an "escape hatch."

Ryan reflected on Trump and the current political climate to Alberta:

“We’ve gotten so numbed by it all. Not in government, but where we live our lives, we have a responsibility to try and rebuild. Don’t call a woman a ‘horse face.’ Don’t cheat on your wife. Don’t cheat on anything. Be a good person. Set a good example.”

One of the more startling interactions between Trump and Ryan reveals that Trump railed against Ryan for urging him to sign a spending bill that didn't include funding for Trump's border wall. Trump only agreed to sign it after Ryan let the president build suspense for it on Twitter.

While Ryan would often indirectly criticize Trump's more disturbing blunders during his tenure as speaker, he continues to be seen as one of Trump's most consequential enablers.

With Ryan's latest revelation to Alberta, it seems his reputation for spinelessness has been cemented even further.

Not a good look, Paul.