Paul Ryan Just Gave a Speech Bemoaning the Divisiveness of Politics, and People Can't Even 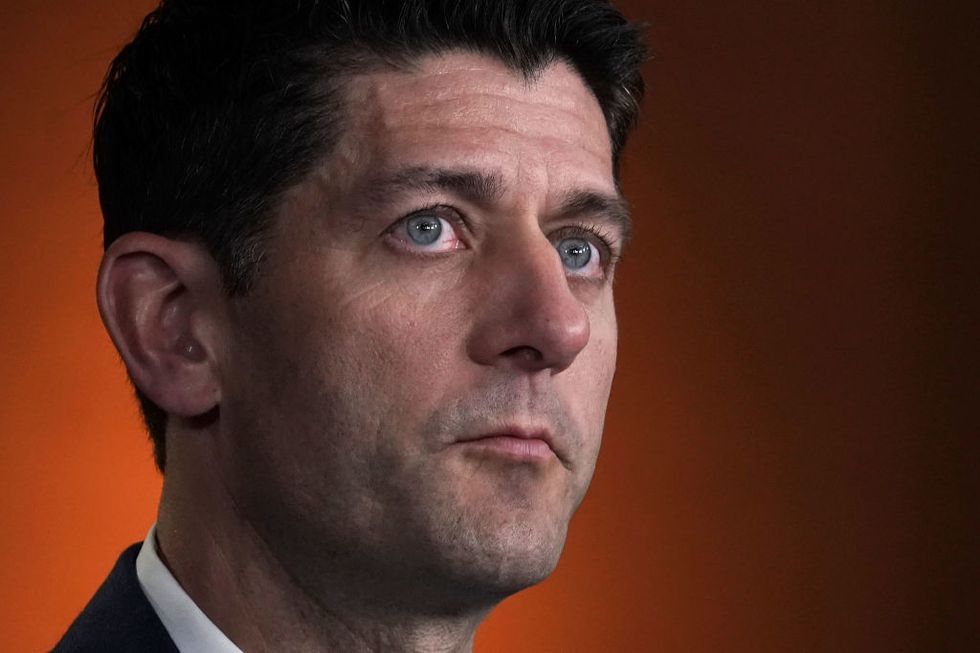 In a speech to interns on Capitol Hill Wednesday morning, Speaker of the House Paul Ryan (R-WI) called for an end to "tribalism and identity politics" in the government.

Ryan frequently decried the partisanship that has come to characterize lawmakers since the Obama era as well as cautioning the youth against Twitter, though he didn't mention President Donald Trump by name, despite his infamous Twitter antics. Ryan also told an anecdote of his time as an intern in D.C. and his time waiting tables, citing these experiences as ones that made him aware of the communities affected by lawmakers every day.

Though undoubtedly more restained and strategic than Donald Trump, with whom he shares a party, many on Twitter were quick to call out that Ryan has been complicit at best to the belligerence surging through the government of late.

Wait until Paul Ryan finds out about the president who Paul Ryan has been enabling https://t.co/0BdY0ckCKk
— Michael Cohen (@Michael Cohen) 1532536933.0

The reactions shouldn't come as a surprise.

Critics of Ryan frequently decry the Speaker as "spineless." While he is willing to speak out in generalities against whichever atrocity currently plagues the Trump administration, it's rare that the Speaker mentions Trump by name or steps up to the administration in any substantive sense.

Most recently Ryan released a lukewarm statement against Donald Trump's decision to side with Putin over his own intelligence agencies:

The president must appreciate that Russia is not our ally. There is no moral equivalence between the United States and Russia, which remains hostile to our most basic values and ideals. The United States must be focused on holding Russia accountable and putting an end to its vile attacks on democracy.

That statement wasn't received well by social media either.

House speaker Paul Ryan: "The president must appreciate that Russia is not our ally. There is no moral equivalence… https://t.co/8GhMG20W0X
— Ambassador Rob (@Ambassador Rob) 1531767512.0

@SpeakerRyan Your words, as usual, mean nothing. Either DO something about it, or join your Fuehrer in history as a… https://t.co/YlKOZKDfpD
— Terry West (@Terry West) 1531766746.0

Ryan announced earlier this year that he won't seek re-election and plans to retire from the House of Representatives at the end of his term, asserting that he knew his tenure wouldn't last forever.

Ryan has continued his attempts to condemn Donald Trump and simultaneously endorse him throughout the president's term. While his words of hope to the youth on Capitol Hill may do a small bit of good, it's clear that if Ryan doesn't actively combat what he railed against Wednesday morning, his legacy will have already been cemented.