Paul Manafort Just Violated the Terms of His Bail...By Colluding With a Russian 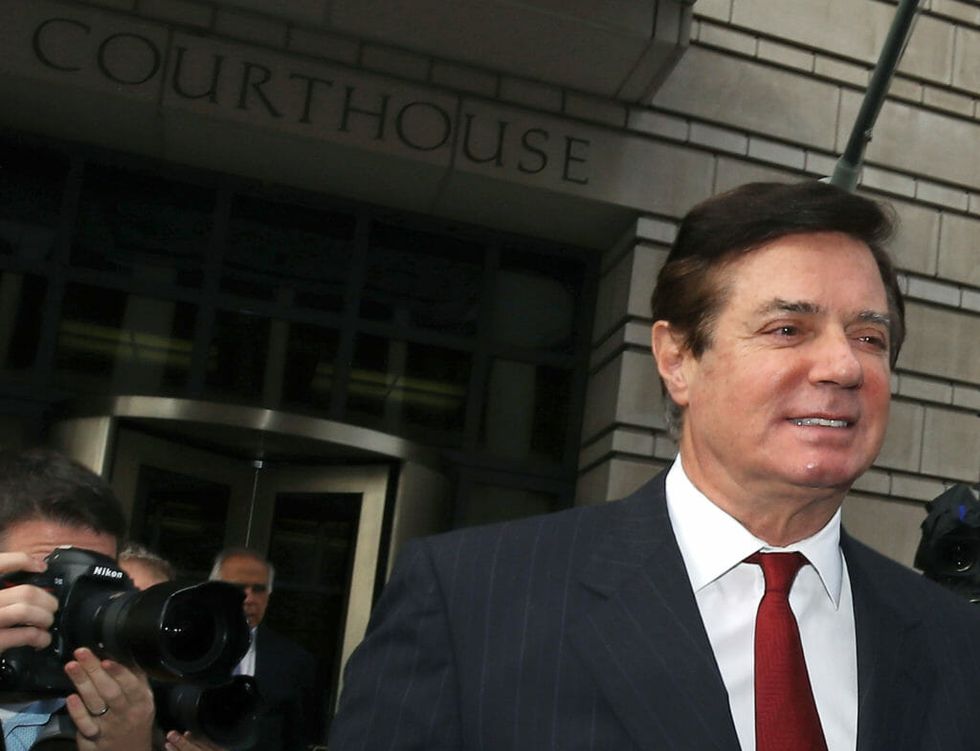 In an explosive new filing yesterday afternoon, special counsel Robert Mueller’s team rejected Paul Manafort's request to modify the terms of his house arrest. Mueller's investigators allege “as late as November 30, 2017, Manafort and a colleague were ghostwriting an editorial in English regarding his political work for Ukraine.” The colleague: a Russian intel-connected individual.

Manafort's work for Ukraine factored into the money-laundering and foreign lobbying criminal charges he presently faces. Federal authorities asked for the court to revisit a bail agreement Mueller's office and Manafort's lawyers made jointly last week. The court had not yet approved a change to his $10 million unsecured bail and house arrest at the time of this latest filing. Prosecutors also have requested the court grant the ability to submit details about Manafort's Russian contact and the editorial under seal, so they would remain confidential.

Mueller's team, on the evening of November 30, alerted Manafort’s attorneys about the op-ed, and “were assured that steps would be taken to make sure it was no longer going to be published.” Had it been published, prosecutors say the editorial would have violated a November 8 court order not to discuss the case publicly. (Last month, Judge Amy Berman Jackson placed a gag order on the trial which requires Manafort, his lawyers and the prosecutors to "refrain from making statements to the media or in public settings that pose a substantial likelihood of material prejudice to this case.")

"Even if the ghostwritten op-ed were entirely accurate, fair, and balanced, it would be a violation of this Court's November 8 Order if it had been published," prosecutors wrote. "The editorial clearly was undertaken to influence the public's opinion of defendant Manafort, or else there would be no reason to seek its publication (much less for Manafort and his long-time associate to ghostwrite it in another's name)."

Manafort's actions, prosecutors state, “reflect an intention to violate or circumvent the Court’s existing Orders, at a time one would expect particularly scrupulous adherence, the government submits that the proposed bail package is insufficient to reasonably to assure his appearance as required.”

The news quickly spread across social media. In a statement to CNN, Senator Christopher Coons (D-DE) called Manafort's behavior "deeply foolish," adding: "Clearly he’s not listening to his lawyers, or he’s more afraid of the Russians than he is of federal prosecution in the United States."

Represenative Adam Schiff (D-CA), the top Democrat on the House Intelligence Committee, also weighed in during a conversation with CNN's Anderson Cooper.

"It's hard to imagine a more boneheaded move if he did this, and I have to think, unless he has really incompetent counsel, his counsel must not have been aware that he was doing this, because he certainly would have advised Manafort not to go near Russians, not to be creating op-eds and ghostwriting them," he said.

Schiff continued: "There's no better way to end up having your bail revoked... I can't imagine under what circumstances Manafort thought this was a good idea."

Although yesterday's motion does not explicitly name who Manafort worked with on the op-ed, a person close to Manafort identified the associate as Konstantin V. Kilimnik. Kilimnik worked for years as Mr. Manafort’s right-hand man in Ukraine and continued communicating with him throughout the 2016 presidential campaign," according to The New York Times.

Manafort and Kilimnik communicated regularly during last year's presidential campaign, and Kilimnik, who maintains residences in both Moscow and Kiev, traveled to the United States to meet with Manafort at least twice. Kilimnik did not respond to a request for comment yesterday afternoon. Earlier this year, he denied connections with Russian intelligence. An investigation conducted by Ukranian prosecutors into Kilimnik's possible links to Russian spy agencies closed last year, and no charges were filed.

Manafort, who once served as President Donald Trump's campaign manager before a shake-up last summer which landed Kellyanne Conway the position, was charged, along with his longtime business partner Rick Gates with 12 counts of “conspiracy against the United States, conspiracy to launder money, unregistered agent of a foreign principal, false and misleading FARA statements, false statements, and seven counts of failure to file reports of foreign bank and financial accounts.”