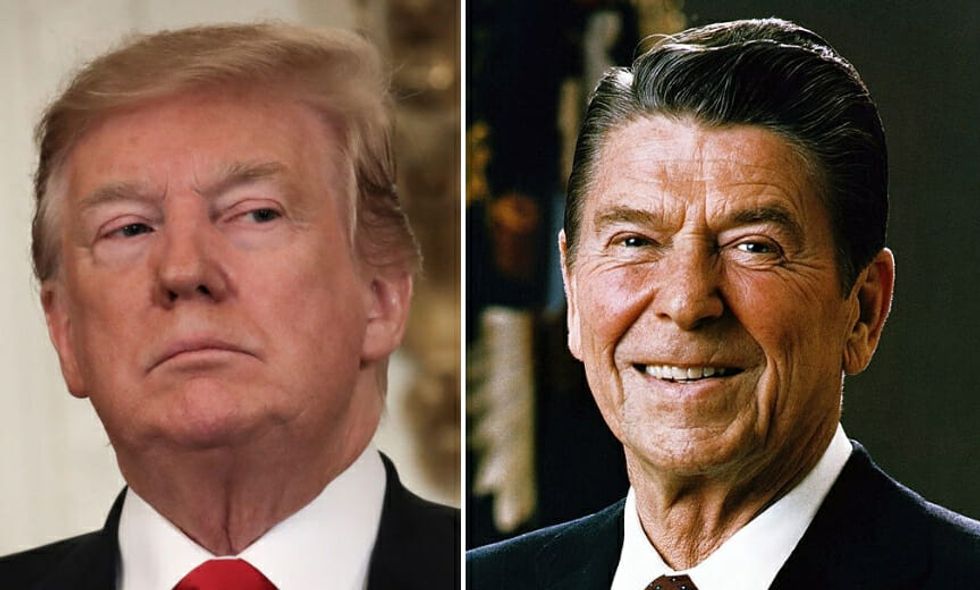 Since his tenure as president in the 1980's, Ronald Reagan has remained the archetype by which all subsequent Republican lawmakers throwing their hat into the ring for the Commander in Chief position have been measured.

The behavior of President Donald Trump has proven a challenge to Republicans in presenting him as congruent with the beatification of the 40th president.

Patti Davis is calling that out.

The liberal daughter of former President Reagan wrote an op-ed in the Washington Post calling out Republicans for praising her father's legacy while ignoring or excusing Trump's actions.

"You have claimed his legacy, exalted him as an icon of conservatism and used the quotes of his that serve your purpose at any given moment. Yet at this moment in America’s history when the democracy to which my father pledged himself and the Constitution that he swore to uphold, and did faithfully uphold, are being degraded and chipped away at by a sneering, irreverent man who traffics in bullying and dishonesty, you stay silent."

She chastises Republicans for ignoring when Trump "speaks of immigrants as if they are trash, rips children from the arms of their parents and puts them in cages," pointing out a famous quote from her father in his farewell address:

"And [America's] still a beacon, still a magnet for all who must have freedom, for all the Pilgrims from all the lost places who are hurtling through the darkness, toward home."

Many were quick to agree.

Others claimed that Reagan set the stage for Trump and the current state of the Republican party.

While the effects of Reagan's legacy mean different things to Americans as a whole, the Republican party is unanimously positive about them. They may soon have to pick a side.