Patagonia Just Announced What They're Doing With the $10 Million They Saved From Trump's Tax Cut, and They're Trolling Trump in the Best Way 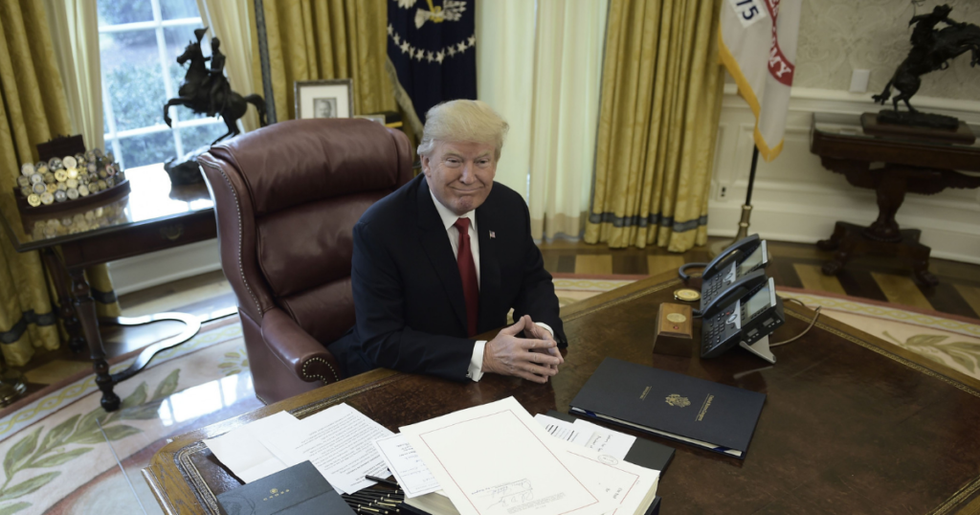 Patagonia CEO Rose Marcario announced on Wednesday that the outdoor company would be using its tax cut to support green initiatives.

In a post on LinkedIn, Marcario pledged to put the $10 million tax savings her company gleaned from "last year’s irresponsible" tax cuts "back into the planet."

The recent bleak climate assessments from the United States government and the United Nations are the primary motivators for Patagonia's decision.

The pledge is a direct rebuke of President Donald Trump's incomprehensible denial of climate change.

"As to whether or not it’s man-made and whether or not the effects that you’re talking about are there, I don’t see it,” the president told WaPo on Tuesday. “One of the problems that a lot of people like myself, we have very high levels of intelligence, but we’re not necessarily such believers.”

Marcario alluded to Trump's "evil" refusal to believe the reports released over the last week, which enumerate the desperate state of Earth's climate due to human carbon emissions.

"Far too many have suffered the consequences of global warming in recent months," wrote Marcario, "and the political response has so far been woefully inadequate—and the denial is just evil."

Marcario explained why her brand is choosing to give back.

"Taxes protect the most vulnerable in our society, our public lands and other life-giving resources," she said. "In spite of this, the Trump administration initiated a corporate tax cut, threatening these services at the expense of our planet."

"We recognize that our planet is in peril. We are committing all $10 million to groups committed to protecting air, land and water and finding solutions to the climate crisis. We have always funded grassroots activism, and this $10 million will be on top of our ongoing 1% for the Planet giving. It will go a long way toward funding grassroots groups; including those dedicated to regenerative organic agriculture, which may be our greatest hope for reversing the damage done to our overheated planet."

Patagonia's move has been well-received on social media.

@patagonia What an amazing company! So grateful to be one of the many Patagonia Action Works partners! https://t.co/AfpkCz87JW
— Resource Central (@Resource Central) 1543429963.0

@natech88 @patagonia But the CEO in her statement is doing it to spite Trump and his "irresponsible" tax cuts but i… https://t.co/9EIU0Z9dds
— Scott Christensen (@Scott Christensen) 1543434147.0

Some pointed out that the tax cuts enabled Patagonia to donate the money in the first place.

Patagonia's charitable commitment is proving to be a savvy business decision, as scores of people are adding the brand to their holiday shopping lists.

The planet needs all the help it can get.

@RedTRaccoon Im definitely buying that Patagonia winter jacket for my son for christmas. Thanks Patagonia for caring for our planet!
— evyenia dunlap (@evyenia dunlap) 1543424778.0

Supporting the environment is good for everyone.