Prominent Conservative Just Tweeted a Questionable Theory About The Motive Behind the Rash of Bomb Threats, and People Are Calling Her Out 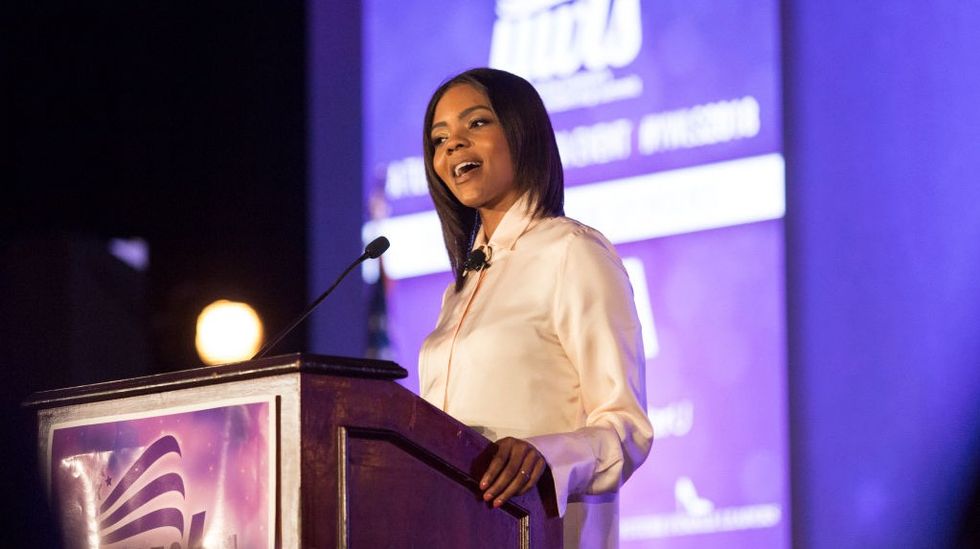 Those watching CNN's live broadcast heard alarms going off and personnel being evacuated from the building.

And here's Rene Marsh on the air in DC after the commercial break while Time Warner Center was being evacuated https://t.co/H25XPXPRx0
— Josh Billinson (@Josh Billinson) 1540391317.0

Poppy Harlow and Jim Sciutto now back on CNN live from their cellphones while evacuating and being moved further aw… https://t.co/VlCjmZKOum
— Josh Billinson (@Josh Billinson) 1540391711.0

Given the targets, many point to the GOP and Trump administration as inciting violence among their supporters. CNN is a frequent target for President Trump and members of the GOP referenced Soros as financing any protests against Trump or their policies.

During his Make America Great Again rallies, Trump still leads chants of "lock her up" against private citizen, Hillary Clinton. He also attacks Obama and other Democratic leaders in his rallies and his Twitter feed.

I’m going to go ahead and state that there is a 0% chance that these 'suspicious packages' were sent out by conservatives. The only thing 'suspicious' about these packages, is their timing. Caravans, fake bomb threats—these leftists are going ALL OUT for midterms.

While Owens is not the only conservative floating conspiracy theories and further targeting the victims with their allegations, people showed no tolerance for her ploy.

People also called out Owens over her comments about the Honduran migrant caravan.

@RealCandaceO Real Talk: Can you explain how a migrant caravan would be of any benefit to the left? I'm really inte… https://t.co/KcTLspQLaV
— El Thunder Beasto (@El Thunder Beasto) 1540406967.0

People expressed their anger over Owens' choice of statements and victim blaming.

The White House vowed to conduct a full investigation into the bomb threats.