Beto O'Rourke Just Sent a Heartfelt Thank You Email to His Supporters, and It's Like No Campaign Email Anyone Has Seen Before 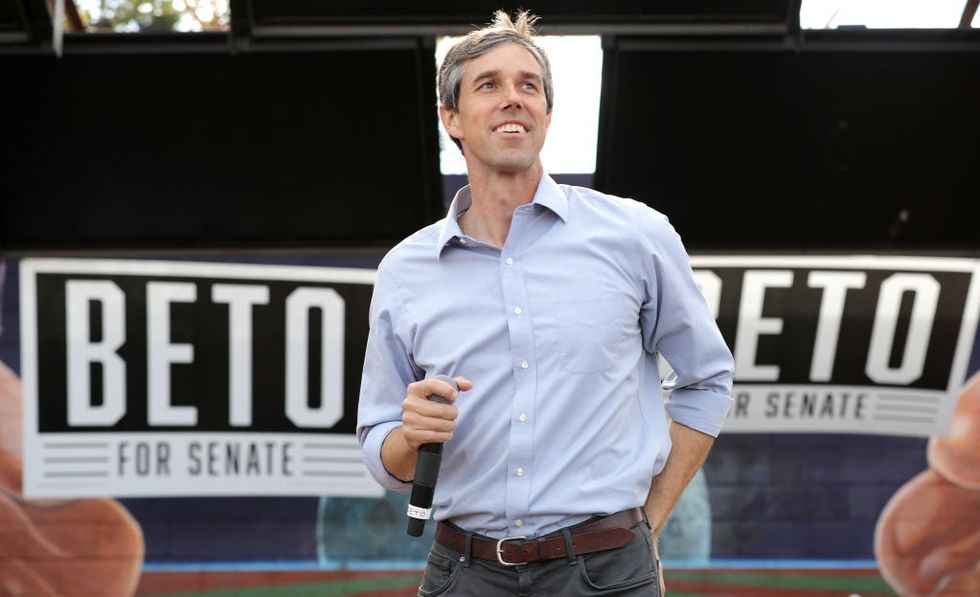 After a campaign, whether a candidate wins or loses, they usually thank their campaign workers and supporters in some way. But an email sent by Democratic Texas Senate candidate Beto O'Rourke drew extra attention.

In an email to his supporters, O'Rourke begins by telling people about his day at home with his family, writing that the children and his wife are in the next room watching a movie as he types. O'Rourke talks of the joy from the mundane bits of everyday life that one only misses when they are not a part of daily life because of work or a political campaign.

But then he goes on to write:

"Already miss the road. Miss our team and our volunteers that we'd see in every city, every town. Miss the energy and smiles and joy I found all over Texas."

"Miss the purpose, the goal. Miss being part of something so much bigger than me or my life. Organized for a common cause and end."

"We were all together, really together. Never felt anything like that."

"While there is loss, I also feel intense gratitude, waves of it every day. How was I so lucky to be part of something so amazing?"

"I can close my eyes and see so many faces and smiles. Hear the laughing and the cheering. I can see us hopeful and connecting as we shook one another's hand, looking at each other and nodding, knowing."

"All the stories that have been shared with me, all part of me. Every gift and kindness, every word of encouragement. Every bit of faith in what we had set ourselves to."

Laura Olin shared O'Rourke's message on Twitter, calling it "one for the ages."

Other supporters also felt it needed to be shared with the world.

Many agreed with Olin's assessment.

"This email from [Beto O'Rourke] is one of the most human and inspiring things I have read in a long time."

This email from @BetoORourke is one of the most human and inspiring things I have read in a long time. https://t.co/sYgRKaLyS6
— Dan Pfeiffer (@Dan Pfeiffer) 1541988022.0

Beautiful email from Beto to donors. He’s such a treasure for Democrats, for Texans. I hope all Americans get the c… https://t.co/8gX0yLw7oH
— Jana Lynne Sanchez (@Jana Lynne Sanchez) 1541979504.0

@danpfeiffer @BetoORourke Dear @BetoORourke You not only changed Texas forever, but you were not meant to win ther… https://t.co/GdwWq5dQrB
— jennah_anne (@jennah_anne) 1541988539.0

"...I’m the luckiest guy in the world to have had the chance to do this with you. To bring power and joy to politics. People instead of PACs. Communities instead of corporations. Polls and consultants left to the wind and hopefully to the past. To have the confidence to move with the courage of our convictions."

"To open our hearts to one another. To not allow our differences (of party, of geography, of race or anything else) to divide us. To not know how it would end but to know that we had to give it everything."

"Just know that I want to be part of the best way forward for this country — whatever way I can help in whatever form that takes. Know that I am honored to have run this campaign with you and that I want to continue to honor and be honest to what was powerful about it."

In his conclusion, he stated:

"See you down the road,"