Omarosa Just Revealed How Ivanka Reacted to SNL's Ad Calling Her 'Complicit' and, Well, Like Father Like Daughter 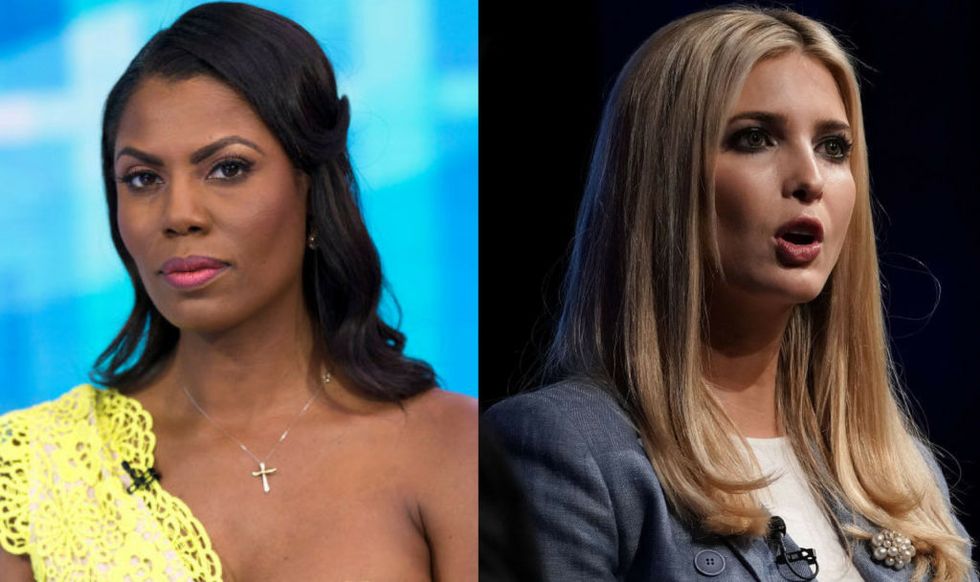 Another claim from Omarosa Manigault Newman's explosive new book Unhinged: An Insider's Account of the Trump White House is making the rounds. This time it's less about embattled President Donald Trump and more about his daughter and one of his senior advisors, Ivanka.

According to Manigault Newman, Ivanka was frustrated after seeing an SNL sketch parodying her perceived complacency to her father's words and policies. The sketch had Scarlett Johansson playing Ivanka in a fake perfume ad called Complicit.

The video's most scathing critiques are still relatively mild, with lines like "I bet when she watches Titanic, she thinks she's Rose. Sorry, girl. You're Billy Zane."

While the sketch was definitely less skewering than SNL's sketches about her father tend to be, according to Manigault Newman, Ivanka "couldn’t stop bemoaning it, how offensive it was, how ridiculous it was.”

Manigault Newman went on to write:

We’d all been subject to SNL attacks … We’d all been hit, many of us in that same week’s show. But Ivanka would not stop talking about being ribbed. Like her father, Ivanka was thin-skinned and could not seem to take a joke.

Manigault Newman also mentioned that her father wanted to intervene, telling his daughter to leave the White House and run the family business, because he couldn't protect her in the political arena.

However, the sketch only echoes what a lot of Americans have begun to believe about Ivanka Trump. She recently took heat after saying she was "vehemently against" Donald Trump's family separation policy. Many felt she'd done nothing to stop it and only spoke out against it after it was abolished.

Now, Americans on social media are relishing her reaction to the SNL sketch.

@thehill Wonder if she thought of any number of her father's targets...he belittled, berated and lied about many.… https://t.co/FdHPFljLDK
— joslyn (@joslyn) 1534450839.0

If Ivanka was furious at the Complicit ad, she's likely seething at the other allegations Manigault Newman mentions in the book.

The president's fixation on his daughter has been criticized since before the 2016 election.

In Unhinged, Manigault Newman doesn't hold back in seeking to confirm these rumors, saying that the president "covets" his daughter and that Ivanka often exploits his affection:

For as long as I'd known Trump, I'd observed the way he hugs, touches, and kisses Ivanka; the way she calls him Daddy. In my opinion, based on my observations, their relationship goes up to the line of appropriate father/daughter behavior and jumps right over it. I believe he covets his daughter. It's uncomfortable to watch them carry on, especially during that season of Celebrity Apprentice when she was so young. For her part, she knows she's Daddy's little girl, and I believe she exploits his fixation with her to get her way.

Donald Trump famously said of his daughter "...she does have a very nice figure. I’ve said that if Ivanka weren’t my daughter, perhaps I’d be dating her," as well as other quotes some have found disturbing.

Much of the public shares Manigault Newman's discomfort.

@JoyAnnReid Does trump have a sexual fantasy with his daughter Ivanka? Every time he speaks about beautiful women,… https://t.co/AsMB5WAKIz
— Wesley Hauk (@Wesley Hauk) 1522071177.0

Manigault Newman also claims to have taped phone calls of Ivanka and her husband Jared Kushner. At the rate Manigault Newman has been releasing tapes, this Complicit sketch could prove to be the least of Ivanka's worries.