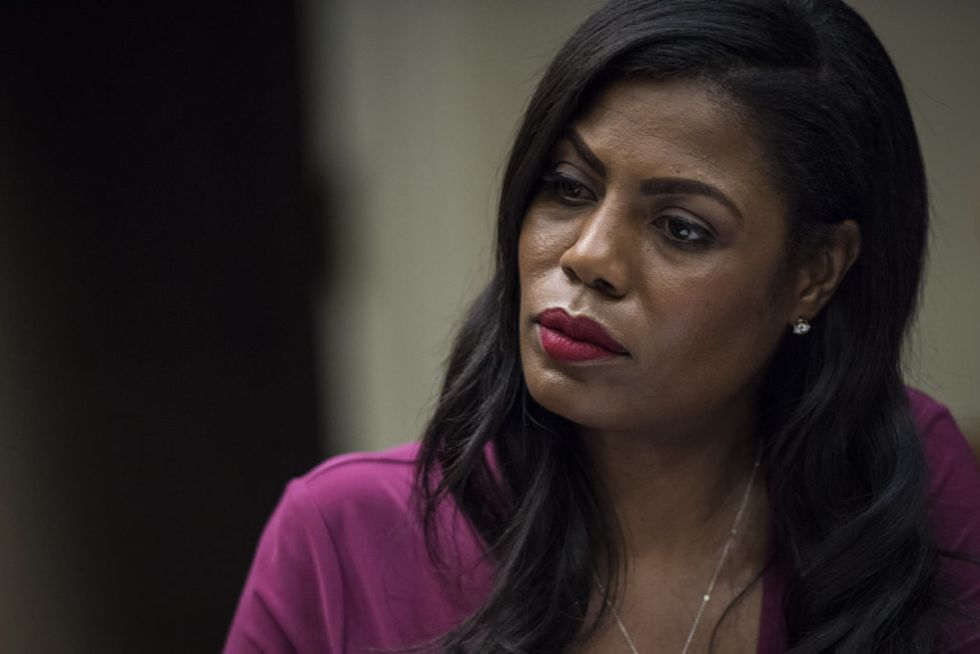 Omarosa Manigault-Newman, the thrice-fired contestant on The Apprentice and former Director of Communications for the Office of Public Liaison in President Donald Trump's White House, has an explosive new tell-all book coming out this month.

On Thursday, The Daily Mail obtained a copy of Unhinged: An Insider's Account of the Trump White House, in which Omarosa recalls how declines in Trump's mental fitness "could not be denied."

In the excerpt shared by Daily Mail, Omarosa referenced the 2017 interview Trump held with NBC's Lester Holt, in which the president attempted to justify his firing of then-FBI Director James Comey over "this Russia thing."

Trump told Holt he had decided to fire Comey “regardless of recommendation" by Deputy Attorney General Rod Rosenstein.

Comey's firing led to the appointment of Special Counsel Robert Mueller, who is investigating whether Trump obstructed justice and if Trump's presidential campaign participated in a criminal conspiracy with Russia to steal the 2016 presidential election.

Trump also recalled asking Comey if he personally was under investigation.

"While watching the interview I realized that something real and serious was going on in Donald's brain," Manigault-Newman wrote in her book.

"His mental decline could not be denied."

She alluded to her time on The Apprentice, which she said allowed her to get to know Trump well.

"Many didn't notice it as keenly as I did because I knew him way back when. They thought Trump was being Trump, off the cuff. But I knew something wasn't right."

Omarosa, watching the interview, realized it was a disaster, writing: "Throughout this erratic and contradictory interview, I kept thinking, 'Oh no! Oh no! This is bad!'"

Donald rambled. He spoke gibberish. He contradicted himself from one sentence to the next.

She also claimed Trump's story about Comey's firing was the opposite of what his handlers had told him to say.

Hope [Hicks, then communications director] had gone over the briefing with him a dozen times hitting the key point that he had fired Comey based on the recommendation by the DOJ which the vice president and other surrogates had been reinforcing for days.

@thehill @aliasvaughn Either the entire world has seen evidence of @realDonaldTrump’s mental decline or he has always been a #moron.
— Davey Jones (@Davey Jones) 1533244918.0

The world has gotten the hint, tbh.

"We've been seeing that publicly for some time."

Some people don't want to pay to read what they already know.