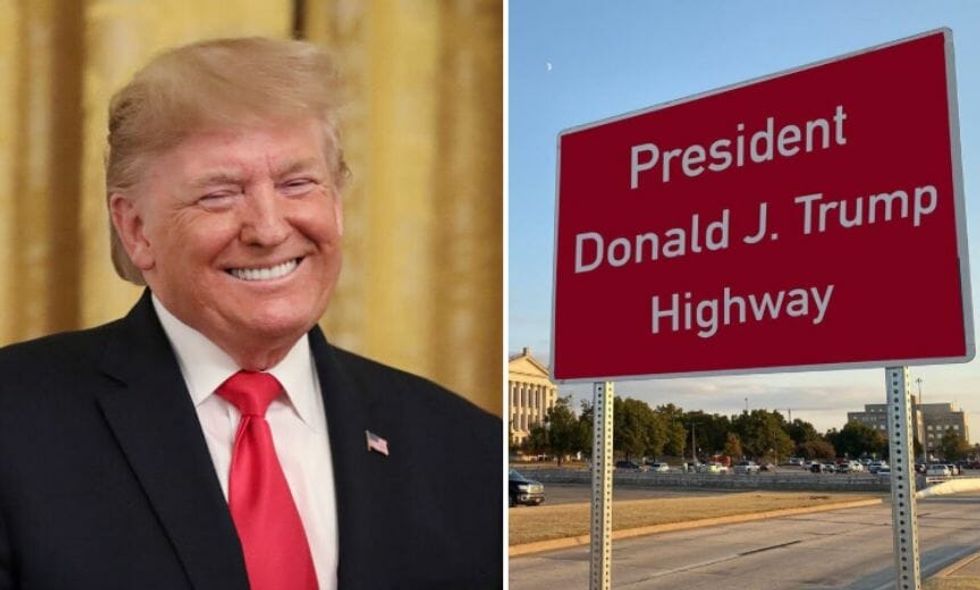 As if President Donald Trump didn't have enough things named after him, two state senators in Oklahoma have proposing a bill to name a stretch of the Historic Route 66 after the Commander in Chief.

State Senators Marty Quinn and Nathan Dahm filed the proposal on Tuesday, assuring that the dedication is a fitting honor to a President they deem to be equally honorable.

The senators said in a press release announcing the bill:

"President Trump has done an outstanding job on behalf of our nation and Oklahoma. We feel like this is a perfect opportunity to commemorate the great impact his leadership has had on improving the economy and bringing jobs and commerce back to our great state."

Dahm and Quinn, however, backed down from the proposal after bipartisan backlash at the thought of Historic Route 66, known affectionately as "The Mother Road," being referred to as anything different. The concession doesn't exclude the possibility of a different road in Oklahoma being named after Trump, however.

Oklahomans and Americans across the country agreed—and the jokes came rolling in.

@CNNPolitics They want to establish a lawless portion of the highway, where nothing matters and rules don’t exist?
— jack jones (@jack jones) 1573136481.0

@koconews That will be the biggest waste of resources, money and time our senators have ever spent. Not to mention… https://t.co/QycAi6bOl8
— Roy Clover (@Roy Clover) 1572996346.0

Though Trump won Oklahoma in the 2016 election, his approval rating has been on a steady downward trend in the state.