In Moving Speech, AOC Had a Surprisingly Compassionate Message for Those In 'the Grips of White Supremacy' 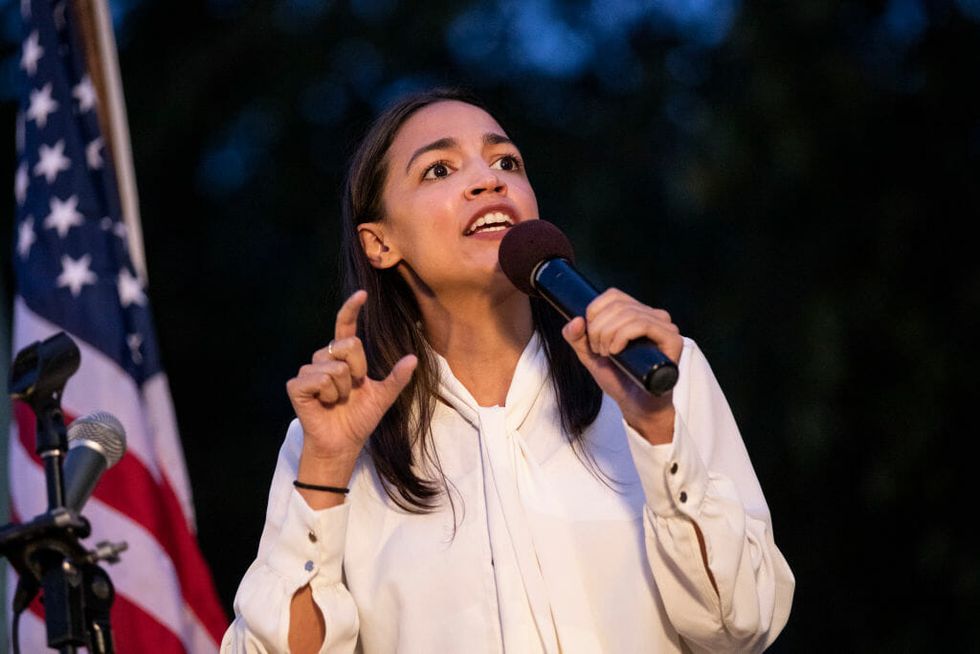 NEW YORK, NY - AUGUST 5: U.S. Rep. Alexandria Ocasio-Cortez (D-NY) speaks during a vigil for the victims of the recent mass shootings in El Paso, Texas and Dayton, Ohio, in Grand Army Plaza on August 5, 2019 in the Brooklyn borough of New York City. Lawmakers and local advocates called on Congress to enact gun control legislation and encouraged citizens to vote for politicians who would support those measures. (Photo by Drew Angerer/Getty Images)

A white supremacist railing against a "Hispanic invasion" murdered 22 people in a shooting at a Walmart in El Paso, Texas on Saturday.

The shooter posted his manifesto on 8chan, a social network widely used by white supremacists to spread racist propaganda. The site has been used by multiple mass shooters and many believe its existence enables the growing radicalization of white supremacists online.

Congresswoman Alexandria Ocasio-Cortez (D-NY) urged young people falling into the grips of white supremacist propaganda to "come back" in a rousing speech commemorating the victims of the El Paso shooting, as well as those who perished in a shooting in Dayton, Ohio the next day.

After noting that rhetoric like "infestation" and "invasion" directly pulls from white supremacist tactics, the Congresswoman said:

"What I have to say to the young men and increasingly some of the young women in this country that are falling into the grips of white supremacy, that find themselves getting radicalized in a funnel of vitriol...What I have to say to you is 'Come back.' Because there is a mother waiting for you. I know it. I know there's a teacher waiting for you saying, 'What happened to my kid?' 'What happened to my friend?' And we will always be here and hold space for you to come back. We will love you back. You are not too far gone."

She then posed a challenge to Americans everywhere. "We're gonna have to go deep. We need to go deep. Because it's not just those that have succumbed to hate that have to change. We have to learn to love bigger to bring them back."

People welcomed Ocasio-Cortez's calls to "love bigger" during a time that love feels in such short supply.

Now to see if the United States will heed her calls.