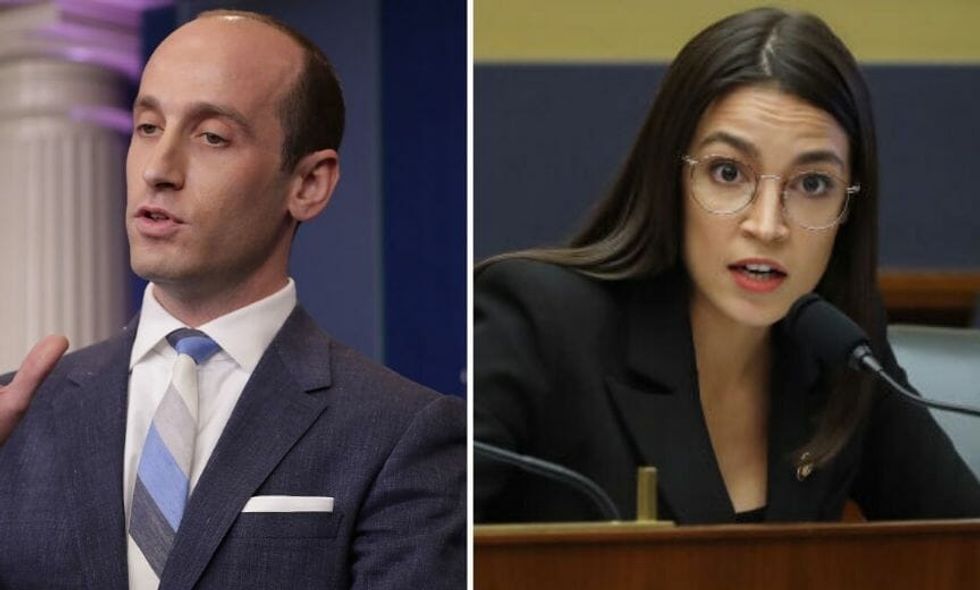 It's no secret that President Donald Trump's Senior Policy Advisor, Stephen Miller, is a white nationalist. He's sought to ban undocumented children from public schools, he's been the architect of Trump's Muslim ban, and championed his family separation policy.

While Miller's racism was well-known by Americans across the country, a new, in-depth report by the Southern Poverty Law Center reveals the disturbing extent of Miller's devotion to Nazi-era principles and belief in racist ideologies.

The report reveals that Miller, back when he was merely a Trump campaign staffer, shared hundreds of emails with Breitbart staff, using white nationalist website VDARE to shape political narratives praising the racist book Camp of the Saints, both of which push the racist "white genocide" theory that immigrants of color are replacing and corrupting a white majority.

The lengthy story from SPLC examined over 900 emails, the majority of which contain white nationalist texts or rhetoric, highlighting Stephen Miller's fixation on white supremacy and xenophobia.

Ocasio-Cortez has long been a vocal opponent of Miller's presence in the White House and the barbaric immigration policies he's facilitated Trump in implementing. Miller, in the past, has said Ocasio-Cortez doesn't put America first.

Ocasio-Cortez isn't the only one calling Miller out. Congresswoman Ilhan Omar (D-MN), who faced backlash for calling Miller a white nationalist earlier this year, is reiterating the point in light of even more information corroborating it.

Legions of others are calling for Miller's resignation.

Stephen Miller needs to step down. Anyone associated to him should be ashamed... https://t.co/KFiRNCp1MC
— Gina Spangenberg (@Gina Spangenberg) 1573604554.0

I want to hear from the White House why Stephen Miller should not be immediately fired from his position. I want to hear them say it.
— Jared Holt (@Jared Holt) 1573596819.0

As immigration goes before the Supreme Court and looms over 2020 it’s vital we understand what drives the administr… https://t.co/mblUpuOHgg
— Dan Rather (@Dan Rather) 1573586837.0

These emails articulate a national security threat. They expose racist and violent decisions being made in our nati… https://t.co/sME2TTewy6
— Matt Deitsch (@Matt Deitsch) 1573573950.0

In a response, White House Press Secretary Stephanie Grisham said she hadn't read the report, but criticized the SPLC as a "discredited, long-debunked, far-left smear organization."