Sean Hannity Aired a Surprisingly Accurate List of Alexandria Ocasio-Cortez's Policy Proposals, But She Just Had a Few Corrections 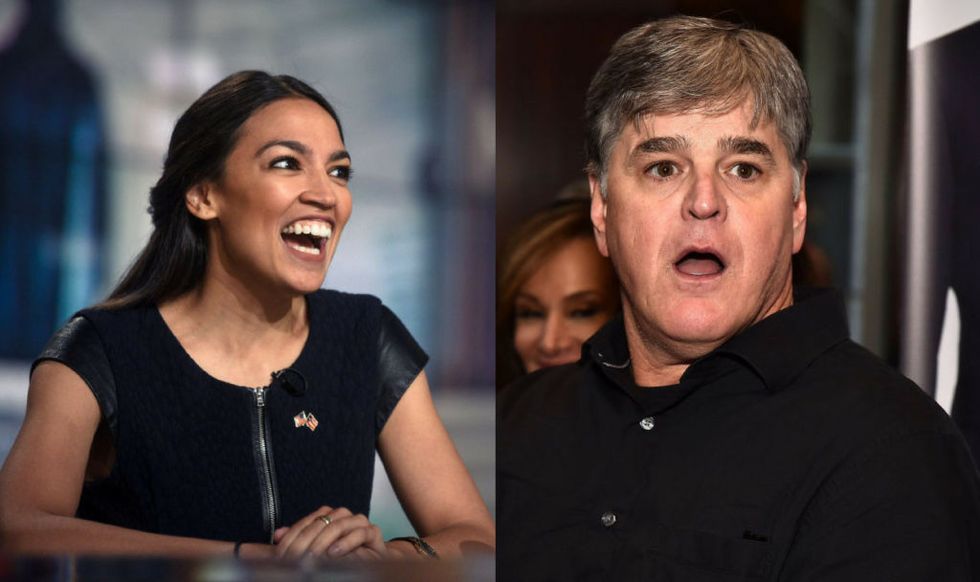 Ever since she began the campaign that resulted in her besting a ten time incumbent, Ocasio-Cortez has vocally supported policies more moderate liberals have been scared to, and called for the restructuring and overhauls of various institutions.

Her boldness has many Republicans reeling. Among them: Fox News host Sean Hannity, who rails against Ocasio-Cortez almost nightly. When he recently laid out a description of her policies, the Congresswoman had something to say about it.

Most notably, Hannity pounced on a proposed 70% tax marginal rate for America's wealthiest. Many Republicans were quick to decry the policy as the government taking Americans' hard-earned money, despite the fact that the 70% taxation wouldn't occur until after that person's 10 millionth dollar.Similar marginal tax rates have been in place during the United States' most innovative decades. What's more, marginal tax rates are more complicated than Hannity is presenting. Here's an excellent guide to them.

Hannity and Fox News may think the term "radical" has only negative connotations, but in a recent 60 Minutes interview, Ocasio-Cortez pointed out the place of radicals in history.

Twitter hailed Ocasio-Cortez for not shying away from radical policies.

@AOC Thanks for mentioning wars and massive military spending. Almost no Dems do that.
— Nate Goldshlag (@Nate Goldshlag) 1546948006.0

Healthcare was another important topic.

@AOC I really don't get how government funded universal healthcare (like basically every other civilized country) i… https://t.co/4EcBf2KnVI
— Edivad (@Edivad) 1546955374.0

And they're certain Hannity and his ilk are quaking in their boots.

Hannity devotes much of his air time to Ocasio-Cortez. Her Twitter supporters had some things to say about his latest segment.

@AOC Hannity is just the echo chamber for his boss Murdoch he does the same thing in OZ the sooner his empire is br… https://t.co/khZ58k7z7R
— normalozperson (@normalozperson) 1546943539.0

Congresswoman Ocasio-Cortez shows no signs of backing down from the policies that got her elected.