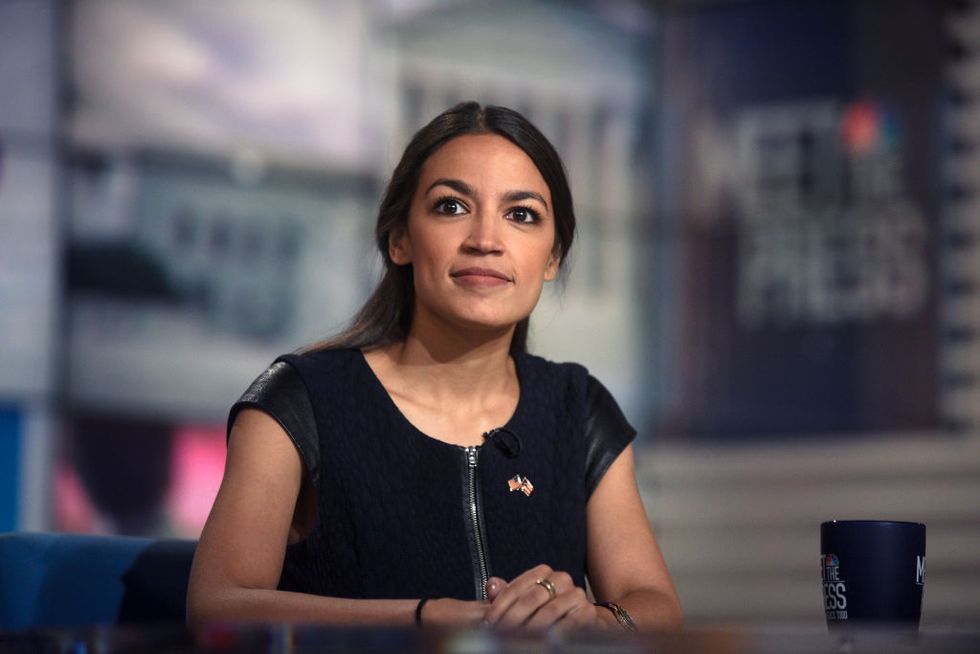 What scares many Republican lawmakers and pundits is not necessarily that Congresswoman Elect Alexandria Ocasio-Cortez is the youngest woman in history to be elected to the House of Representatives. It's that - in the campaign to represent New York's 14th District - she unseated a 10 time centrist incumbent by running on an unabashedly progressive platform. What's more, Ocasio-Cortez is hardly the only progressive heading to the House in January.

The wave of progressives like Ayanna Pressley and Ilhan Omar elected to congress has shaken the political establishment and upended the long-held expectation that Democrats must always move with moderation to appease their far less moderate Republican counterparts. No longer insulated by this assurance, the enthusiastic reception of new progressive ideas is striking fear into many American right wing lawmakers.

So who better to instill that same fear in their constituents than Fox News?

The network has attempted to paint the incoming progressive leaders as radicals hell-bent on destroying America with policies like universal healthcare, expanded access to education, and environmental protection.

But as Ocasio-Cortez pointed out, the ideas are much less insidious than Fox News would like them to be.

Progressives have detailed the ample ways the United States could fund Medicare for All and expanded education, starting with a decrease in bloated defense spending and an increase in taxes on America's wealthiest citizens. At least one reputable study has shown that overall healthcare expenditures would drop by $2 trillion by the year 2031. Not to mention, the returns of the country's investments in creating intelligent, healthy citizens is untold.

@Ocasio2018 @IlhanMN @AyannaPressley @RashidaTlaib What you haven’t discovered is a method of paying for it.
— GlennKluthe (@GlennKluthe) 1542339809.0

Fox News' misleading use of the term "free" led many on the Right to patronize Ocasio-Cortez.

Ocasio-Cortez has previously said of Medicare for All:

"I think at the end of the day, we see that this is not a pipe dream...Every other developed nation in the world does this. Why can’t America?"

Despite many doubts, when you look at the ways the government already spends taxpayers' money, Ocasio-Cortez is right.

The United States already spends hundreds of billions of dollars on an infamously bloated defense budget even in peacetime. A reallocation of one to two percent of the $597.1 billion requested for this year's military budget would pay for the estimated cost of college for all.

Increased taxation on the top 1% of the wealthiest Americans (who own 40% of the country's wealth) as well as multibillion dollar corporations, buttressed by a moderate tax increase for the middle class amounting to less than its yearly expenditures for medical care make Medicare for All a feasible idea.

Some pointed this out.

The ideas of these incoming progressives may be radical to some, but once the United States sees an increase in healthy, educated citizens, the country will be transformed for the better.