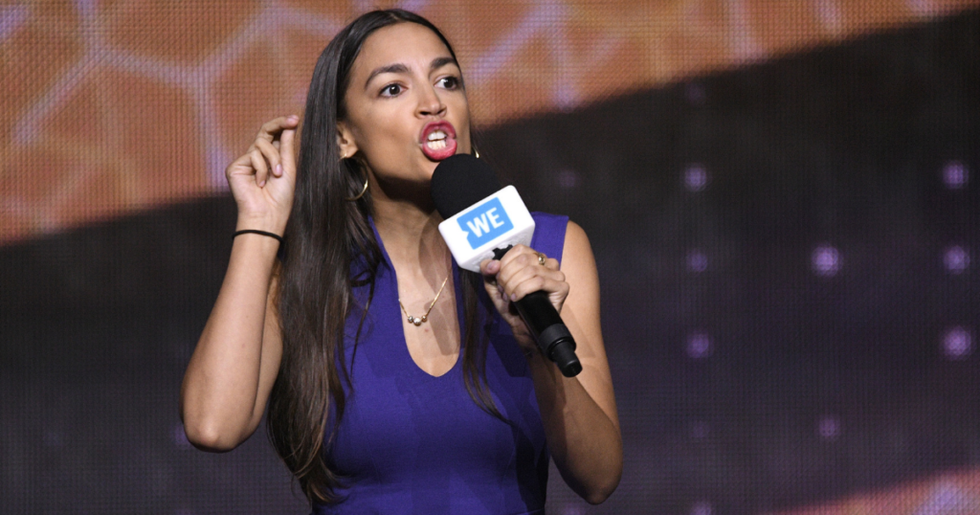 The Ohio College Republican Federation (OCRF) described Representative Alexandria Ocasio-Cortez (D-NY) as a "domestic terrorist" in a fundraising email, a term "often reserved for the likes of Timothy McVeigh and people who kill children in their school classrooms," according to Dave Levinthal, a politics editor with The Center for Public Integrity who brought it to the freshman Congresswoman's attention.

In a fundraising email today, the @OhioCRs describe @AOC as a “domestic terrorist” — a term often reserved for the… https://t.co/x3xunKbF8X
— Dave Levinthal (@Dave Levinthal) 1554932862.0

Ocasio-Cortez soon responded and harshly criticized the Republican Party for the email blast.

"Almost every time this uncalled for rhetoric gets blasted by conservative groups, we get a spike in death threats to refer to Capitol Police," she wrote, in part, also referencing Representative  Ilhan Omar (D-MN), whose past remarks have also made her a lightning rod for similar attacks from the GOP. "What's it going to take to stop?"

OCRF apologized not long afterward, saying it "does not condone the unauthorized email sent out in our name."

The organization apologized to Ocasio-Cortez "for the use of unacceptable language in this email, and we do not approve of the message conveyed."

The OCRF does not condone the unauthorized email sent out in our name. We apologize to Congresswoman Ocasio-Cortez… https://t.co/yy28OQZRvO
— Ohio College GOP (@Ohio College GOP) 1554944934.0

But as Levinthal pointed out, OCRF has sent out email blasts employing similar language before. Only the subject lines of these emails were changed. He further observed that the group has sent out other anti-Ocasio-Cortez emails before, but that none of these used the "domestic terrorist" angle.

Other anti-@AOC emails have come from this group, too, although not using the “domestic terrorist” language used to… https://t.co/xoQUVtEIHP
— Dave Levinthal (@Dave Levinthal) 1554949010.0

These facts were not lost on OCRF's other critics.

@OhioCRs Unauthorized = Someone wrote it, Someone on Ohio College Media Department APPROVED it, and the Editor approved it.
— Boyd Reynolds (@Boyd Reynolds) 1554957544.0

Ferrall's name is associated with past OCRF email blasts, including one that refers to Ocasio-Cortez as a "fool" and another that likens members of the Democratic Party to "leftist thugs." Ferrall claimed, though did not provide evidence, that he has received "constant threats from liberal activists."

Neither OCRF nor Ferrall has responded to questions about Ferrall's current involvement and its fundraising methodology. Ocasio-Cortez's office did not immediately respond to questions about death threats or whether any arose as a result of OCRF's email blast.