At a Congressional Hearing, Alexandria Ocasio-Cortez Used a Savage 'Corruption' Game to Demonstrate How Broken Ethics Laws Are in Washington 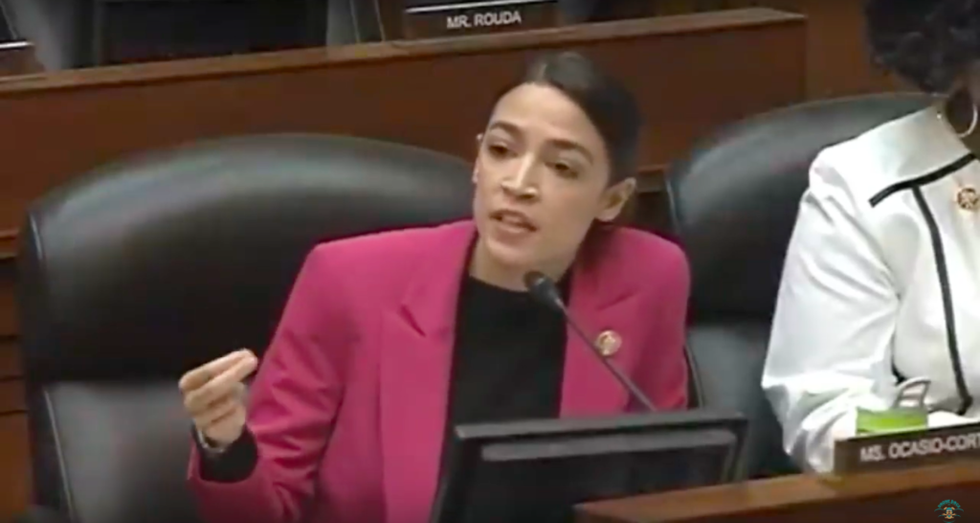 Congresswoman Alexandria Ocasio-Cortez (D-NY) was sworn in to the House of Representatives a little over a month ago, and the determination that made her a household name since her stunning 2018 primary win is still firing on all cylinders, particularly during congressional hearings.

Ocasio-Cortez serves on the House Oversight Committee, which had its second hearing on Wednesday to address voting rights and campaign laws.

In her designated five minutes, the Congresswoman laid out a hypothetical: that she was a "really bad guy" seeking to do "as much bad things as possible." Deeming the expert witnesses her co-conspirators, she asked about the legality of paying hush money, funding campaigns entirely through corporate interests, writing bills to benefit one's corporate donors, and even championing legislation that deregulates industries in which one has stock.

In a display of just how broken campaign finance in the United States is, the expert witnesses confirmed that these were all legal and likely being done by the most powerful people in Washington. What's more, expert witness Walter Shaub confirmed that even fewer laws apply to the Executive Branch.

"So I'm being held—and every person in this body is being held to a higher standard than the President of the United States?"

Shaub answered in the affirmative.

While many Americans are disturbed at the level of potential corruption, Ocasio-Cortez's colleagues—including the expert witnesses—were blown away by her performance.

After 3 hours of testimony before @HouseOversight, had an opportunity to chat with @AOC who enlisted our panel to h… https://t.co/hodON5196s
— Karen Hobert Flynn (@Karen Hobert Flynn) 1549505179.0

Regular Americans lauded her as well.

Many felt she was working in everyone's best interests.

@JKCorden AOC really demonstrates here that politics don’t have to be complicated when you don’t want them to be. S… https://t.co/gvNhfrp1pC
— Adam Best (@Adam Best) 1549607356.0

People were seriously blown away.

The haters may be many, but Ocasio-Cortez seems as determined to face them as she is to change broken campaign finance laws.