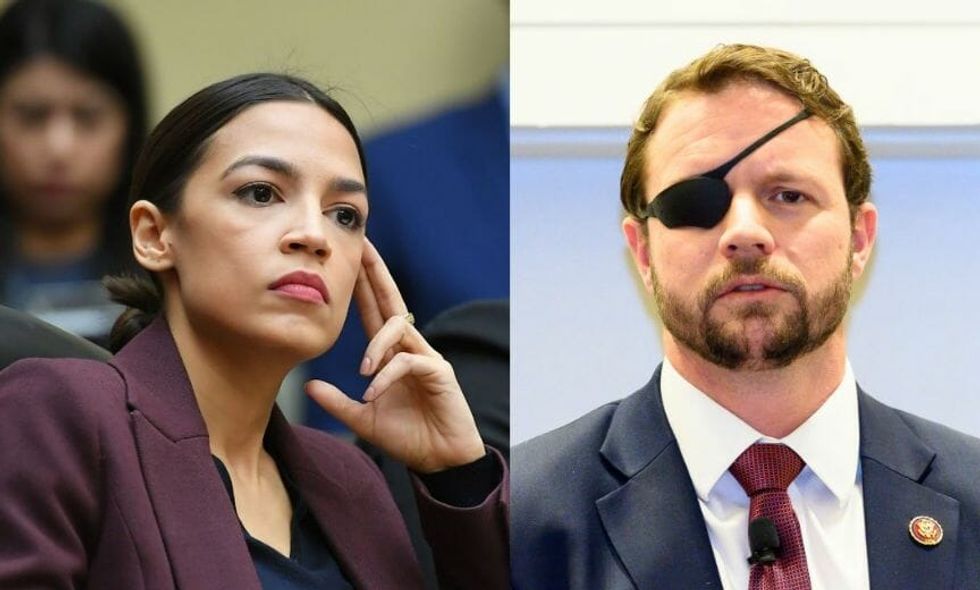 Congressman Dan Crenshaw (R-TX) wants to keep it that way. His state, which has had at least two mass shootings in 30 days, loosened gun laws the day after the Odessa shooting.

Crenshaw took to Twitter to rail against calls for background checks, lamenting that they would prohibit him from letting friends "borrow" his guns.

Situations like this story are why we protect the 2nd Amendment. Side note: With universal background checks, I w… https://t.co/Vv35UIeHWt
— Dan Crenshaw (@Dan Crenshaw) 1567565003.0

Crenshaw bristled at the statement.

Just so I’m clear: you think my friends are domestic abusers/criminals? Seriously that’s your argument? That they c… https://t.co/JeNoQORf4G
— Dan Crenshaw (@Dan Crenshaw) 1567615081.0

Ocasio-Cortez then pointed out to him that Crenshaw himself said that background checks would forbid him from loaning guns to his friends.

As for the claim that Crenshaw's friends could be domestic abusers, Ocasio-Cortez followed up in a thread regarding the relationship between guns and domestic violence.

According to FBI statistics, more than half of women murdered by a partner are killed with a gun. Ocasio-Cortez pointed out that the House of Representatives passed the Violence Against Women Act (VAWA) in April, which closes the "boyfriend loophole" by extending gun prohibition to convicted domestic abusers who weren't married to their victim or don't have a child with their victim.

In addition to closing the Boyfriend Loophole, the House of Representatives passed an expansive gun reform bill in February, but Senate Majority Leader Mitch McConnell (R-KY) has let it stall in the Senate. He says he's waiting for Trump's endorsement to bring any gun legislation to a vote.