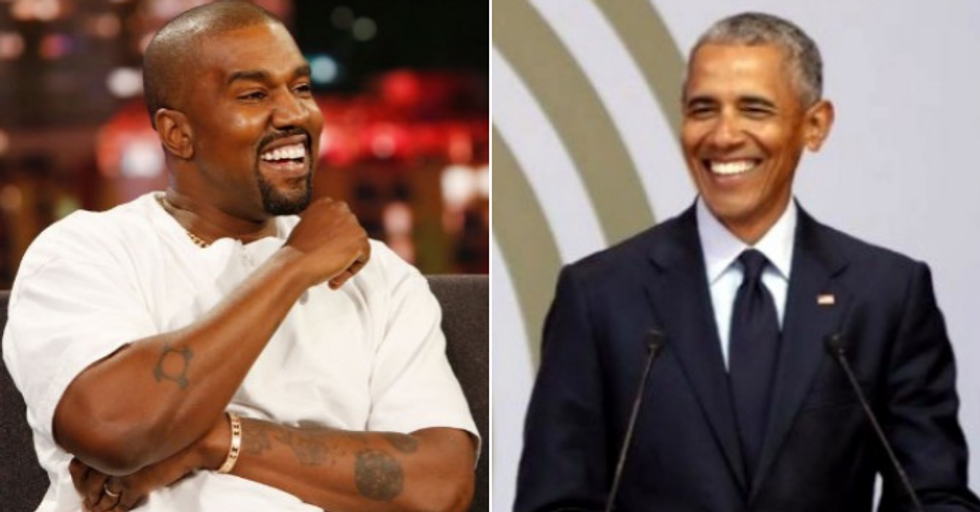 After Taylor Swift expressed support for Democratic candidates in Tennessee and angered conservatives, people reflected how fortunes changed over time. At one point, alt-right websites and social media circles held up Swift as their ideal woman.

In contrast, Kanye West once angered conservatives by criticizing President George W. Bush in the wake of Hurricane Katrina. Now West is the darling of conservatives.

After West's off the rails meeting with President Donald Trump in the Oval Office Thursday, held in front of the media, another intersection of the two artists has been resurrected. It involves a third United States President and the word "jackass."

Watch the video clip from here.

Musician and writer Mikel Jollett gave a little more backstory when he shared a longer version of the clip.

Back in 2009, after West went on stage to interrupt Swift's acceptance of the MTV Video Music Awards trophy for Best Female Video President Barack Obama called West a "jackass" during a break in a CNBC interview.

Someone leaked the footage, but Obama stood behind it. He stated:

"Although I like Kanye. He’s a Chicago guy. Smart. He’s very talented... He is a jackass. But he’s talented."

People online speculated if West's embracing of Trump was revenge for the "jackass" comment.

Others thought Obama nailed it with his assessment.

@joshtpm Kanye, I’m gonna let you finish but Taylor had the most influential Instagram post OF ALL TIME
— Jeremy (@Jeremy) 1539281276.0

Although a few people also went off the rails. But got called on it.

And one person thought a headline about the meeting really said it all.