Barack Obama Just Revealed What Advice He Gave to Donald Trump in Hopes of Saving Obamacare, and We Get It

And it would have worked too... 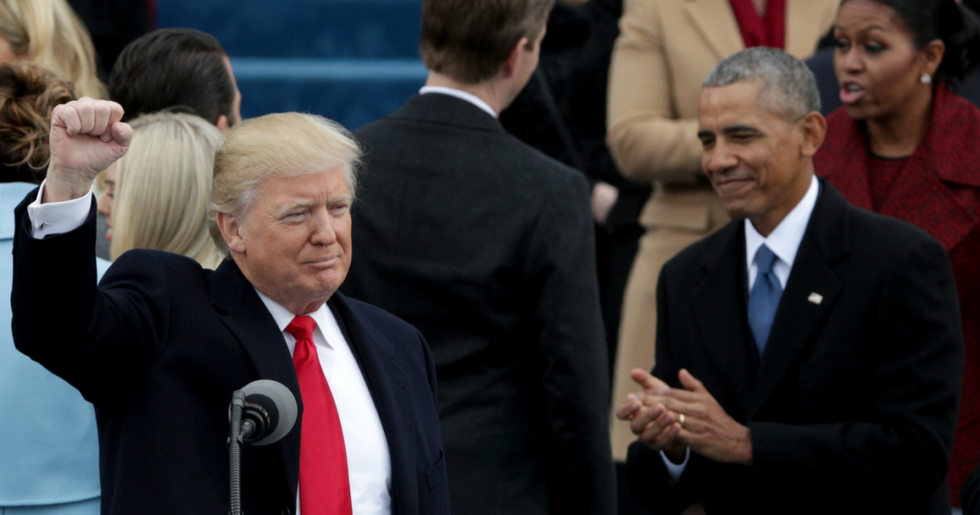 Former President Barack Obama revealed on Thursday that he advised President-Elect Donald Trump to "just change the name" of Obamacare and "claim that you made those wonderful changes."

Obama had been participating in a question and answer session with DNC Chair Tom Perez, to whom the 44th president explained he never sought "pride of authorship" on health care.

I said to the incoming president, 'Just change the name and claim that you made these wonderful changes and I would be like, "You go."' Because I didn't have pride of authorship, I just wanted people to have health care.

Obama continued, saying he warned the incoming president, who had campaigned on repealing and replacing the Affordable Care Act, that he "couldn't do it despite controlling all branches of government in Washington. They couldn't do it because we had actually thought it through and it's a hard thing to do."

The former president explained that the goal of making sure every American has access to quality health care was something that "every president since Teddy Roosevelt had failed to do."

"The idea that I somehow took on health care just because I thought it was fun or it would somehow burnish my legacy is nuts," Obama added. "Because we knew going in in 2008 that every president since Teddy Roosevelt had failed to do what every other advanced democracy in the world has done."
In 2016, Obama said he didn't care if Republicans changed the name of the law as long as its provisions stayed in place.

"They can even change the name of the law to Reagancare," he said. "Or they can call it Paul Ryancare. I don't care about credit. I just want it to work."

By a 5-4 vote in 2012, the Supreme Court ruled that the ACA's individual mandate, which requires all Americans to enroll in health care coverage or pay a fine, was constitutional due to the power of Congress to levy taxes. Chief Justice John Roberts, a conservative, was the deciding vote in favor of saving the law.

But that hasn't stopped Trump and the Republican Party from taking every opportunity to dismantle Obamacare.
Notably, the Tax Cuts & Jobs Act of 2017 contained a provision repealing the individual mandate as of 2019, which experts have said will cause premiums to spike - the fewer healthier people there are paying into the system, the less money there is to treat those who require care.
During his State of the Union address in January, Trump boasted about the repeal, saying: "We repealed the core of disastrous Obamacare — the individual mandate is now gone."

"We eliminated an especially cruel tax that fell mostly on Americans making less than $50,000 a year — forcing them to pay tremendous penalties simply because they could not afford government-ordered health plans," the president said.
"Tonight's speech was a succinct summary of health care during the Trump Administration's first year: full of lies, short on solutions, and indifferent to the Americans who have been harmed by its policies," Protect Our Care Director Brad Woodhouse said of Trump's address.

Woodhouse added that by repealing the individual mandate, Trump broke one of his biggest campaign promises.
"During last year's speech, President Trump said he would lower premiums, protect those with pre-existing conditions, and protect Medicaid," Woodhouse said.
"Instead, he signed a bill which will raise premiums double-digits and deny coverage to millions, championed bills removing protections for pre-existing conditions and imposing an age tax, and implemented Medicaid requirements designed to deny coverage to people who need it the most... and 3.2 million Americans lost their health care in 2017 as a result of his sabotage."
Barack ObamaDonald TrumpObamacareTrumpcare