Obama Speaks Out As Historic Vote Draws Near 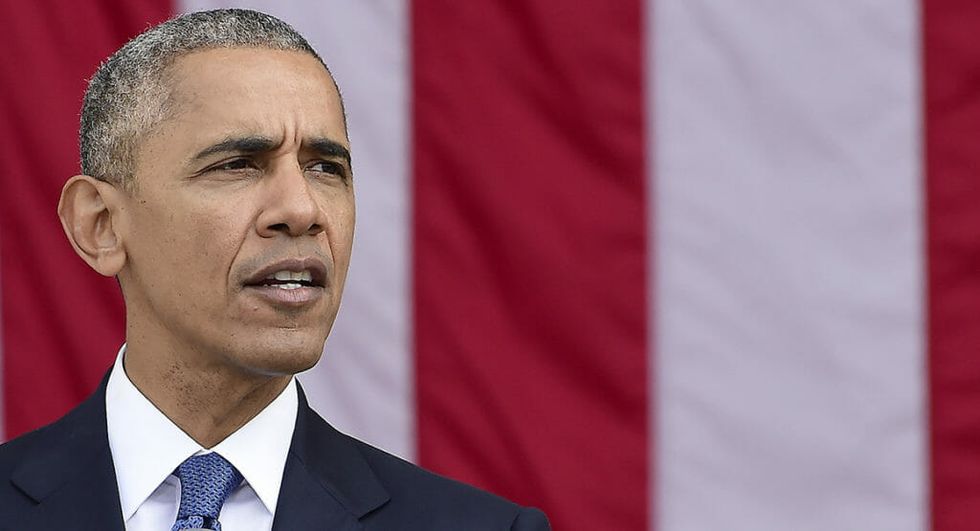 Speaking on the seventh anniversary of the Affordable Care Act, former President Barack Obama mounted a spirited defense of his signature health care law even as Republicans prepare to repeal it altogether.

"When I took office, millions of Americans were locked out of our health care system, So, just as leaders in both parties had tried to do since the days of Teddy Roosevelt, we took up the cause of health reform. It was a long battle, carried out in Congressional hearings and in the public square for more than a year," Obama said. He acknowledged that "ultimately, after a century of talk, decades of trying, and a year of bipartisan debate, our generation was the one that succeeded. We finally declared that in America, health care is not a privilege for a few, but a right for everybody."

Obama also ticked off some of the law's successes:

Thanks to this law, more than twenty million Americans have gained the security and peace of mind of health insurance. Thanks to this law, more than ninety percent of Americans are insured – the highest rate in our history. Thanks to this law, the days when women could be charged more than men and Americans with pre-existing conditions could be denied coverage altogether are relics of the past. Seniors have bigger discounts on their prescription drugs. Young people can stay on their parents’ plans until they turn 26 years old. And Americans who already had insurance received an upgrade as well – from free preventive care, like mammograms and vaccines, to improvements in the quality of care in hospitals that has averted nearly 100,000 deaths so far.

All of that is thanks to the Affordable Care Act. And all the while, since the law passed, the pace of health care inflation has slowed dramatically. Prices are still rising, just as they have every year for decades – but under this law, they’ve been rising at the slowest rate in fifty years. Families who get coverage through their employer are paying, on average, thousands of dollars less per year than if costs kept rising as fast as they were before the law. And reality continues to discredit the false claim that this law is in a “death spiral,” because while it's true that some premiums have risen, the vast majority of Marketplace enrollees have experienced no average premium hike at all. And so long as the law is properly administered, this market will remain stable. Likewise, this law is no “job-killer,” because America’s businesses went on a record-breaking streak of job growth in the seven years since I signed it.

While Obama stressed his belief that the nation is "stronger" because of the Affordable Care Act, he noted that there "will always be work to do to reduce costs, stabilize markets, improve quality, and help the millions of Americans who remain uninsured in states that have so far refused to expand Medicaid."

He further encouraged strengthening the law much in the way Republicans and Democrats alike worked across party lines to improve Social Security, Medicare, and Medicaid. If Republicans "are serious about lowering costs while expanding coverage to those who need it, and if they’re prepared to work with Democrats and objective evaluators in finding solutions that accomplish those goals – that’s something we all should welcome," Obama said. "But we should start from the baseline that any changes will make our health care system better, not worse for hardworking Americans. That should always be our priority."

"The Affordable Care Act is law only because millions of Americans mobilized, and organized, and decided that this fight was about more than health care — it was about the character of our country," Obama concluded. "It was about whether the wealthiest nation on Earth would make sure that neither illness nor twist of fate would rob us of everything we've worked so hard to build. It was about whether we look out for one another, as neighbors, and fellow citizens, who care about each other's success. This fight is still about all that today. And Americans who love their country still have the power to change it."

The White House, through embattled Press Secretary Sean Spicer, said that Obama only released his statement because "he was feeling time is up" for the law. Spicer's comments came ahead of the decision by Republicans to postpone the vote in the House for their alternative while they work on securing enough votes to pass the GOP plan.

“Today is actually the seventh and we hope the last anniversary of the day that President Obama signed Obamacare,” Spicer told reporters at yesterday's press briefing. “The president is looking forward to seeing Republicans fulfill the pledge tonight that they’ve been making to their constituents for years, that with a Republican in the White House and with them in Congress, they would once and for all see the end of Obamacare.”

Spicer countered that the law did not allow Americans to keep their doctors, and that premiums skyrocketed.

“President Obama said Obamacare isn’t in a death spiral, but enrollment is nowhere near expectations, and this year it’s actually declining. Insurers are fleeing the exchanges and one in three counties in America only has one insurer,” Spicer added. “President Obama may not believe that Obamacare is a, quote, job killer, but the new law, including its job-killing taxes, mandates and regulations speak for itself. With the passage of the American Health Care Act, we’ll begin the process of rolling back Obamacare's many disastrous policies.”

Politifact, the Pulitzer Prize-winning fact checking service, notes that government numbers "back up" Obama's claim that on average, the vast majority of people saw no premium hikes at all. "And it’s not as though premiums didn’t rise," notes writer Jon Greenberg. "They did, but most people purchasing health care through the marketplace didn’t feel it."

According to the Centers for Medicare and Medicaid Services, about 12.2 million people signed up through a federal or state-based health care exchange. Of that number, 7.8 million, about 64 percent, qualified for tax credits which reduced how much they would personally pay for coverage. The average monthly bill for health insurance stayed at $106 from 2016 to 2017 largely because of those tax credits.

The most recent Congressional Budget Office analysis points out that many people "are largely insulated from increases in premiums because their out-of-pocket payments for premiums are based on a percentage of their income; the government pays the difference."

"Premiums went up, but a lot of people were protected from that," said Katherine Hempstead, director of health insurance coverage at the Robert Wood Johnson Foundation, a New Jersey-based philanthropy and research group. "The only place you can get the subsidy is through the exchanges, so for both the federal and the state exchanges, most of the enrollment is from people who qualify for the subsidies."

Hempstead notes that while sign-ups fell by about 4 percent from 2016 to 2017, that's not enough of a decline to support Spicer's claim that the law is in a "death spiral."

"Enrollments are largely holding steady," she said. "There is no death spiral."