We Now Know How Donald Trump's Endorsed Candidates Did on Tuesday Compared to Barack Obama's, and Hoo Boy, Trump Won't Be Happy 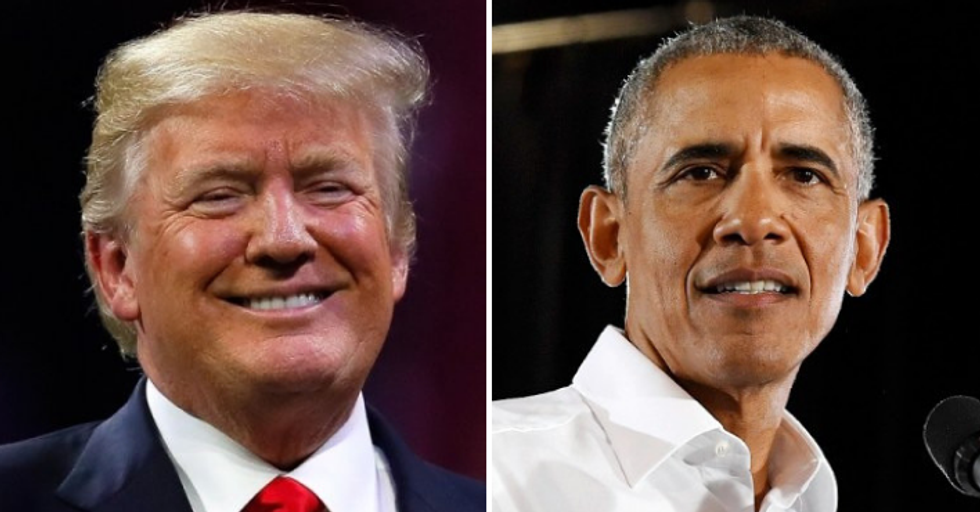 How important is an endorsement from the President toward a campaign win?

According to President Donald Trump's results in the 2018 midterms, not very. But former President Barack Obama's endorsement did carry value with his candidates being declared winner 52 percent of the time to Trump's 28 percent.

However for those candidates Trump actively campaigned for, versus a generic Twitter endorsement, the results were higher at 58 percent success. But still showed a rally appearance with the President still did not guarantee a win in November's midterm elections.

Sander's candidates fared the best with 66 percent winning, followed by Biden with 61 percent, Obama next with 52 percent, then Pence with 40 percent and Trump with only 28 percent.

When the endorsement accompanied heavy campaigning for the candidate, Sanders still came out on top with 69 percent of his picks winning. Biden dropped one percentage point to 60 percent, Obama upped his success rate by 2 percent to 54 percent, but Trump jumped 30 points to 58 percent success. Pence actually dropped 3 points to 37 percent success.

But was Trump's success in heavily Republican areas where he actually campaigned the result of his campaign rallies, or were his rallies only held in districts where he knew he could draw a crowd? And a Trump campaign rally was definitely not a magic bullet.

Trump took losses in Kansas where he campaigned heavily. And some of Trump's wins were not landslides in places like deep red Texas, Ohio and Florida.

Despite the clear statistics, some conservative pundits like Candace Owens tried to paint a different picture.

Owens claimed an endorsement from Obama was the "kiss of death."

But people corrected her.

@RealCandaceO @BarackObama His current approval rating is 10% higher than Trumps and the window of opportunity to… https://t.co/xSWD7C9L8a
— Cincinnatus (@Cincinnatus) 1541633718.0

If recounts or all ballots are counted in several key states, Trump may see a few more tick marks in his loss column.