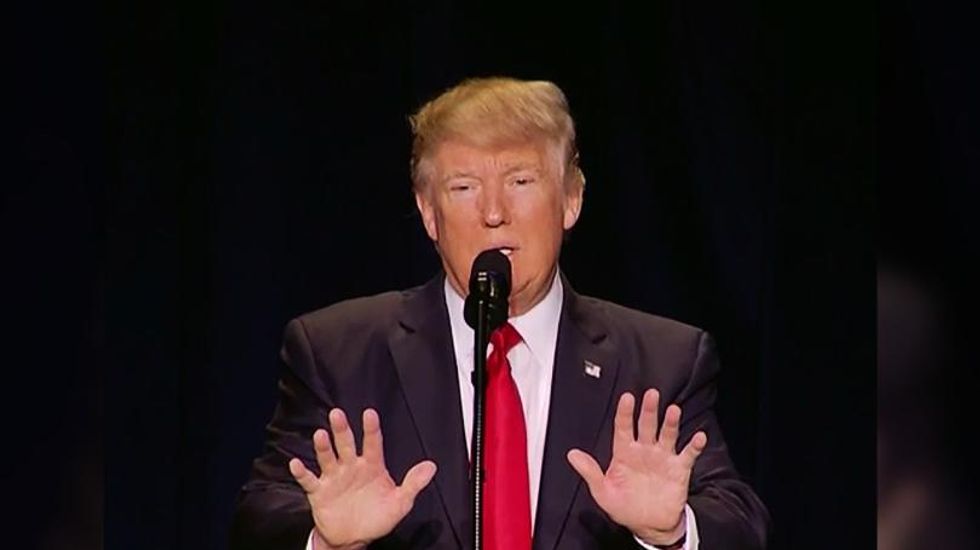 Phone records and intercepted calls of U.S. Intelligence agencies show that members of Donald Trump's presidential campaign had repeated communication with senior Russian intelligence officials in the year before the election, the New York Times reported last night. The report cites four current and former American officials who spoke to The Times on condition of anonymity because the continued investigation is classified.

American law enforcement and intelligence agencies intercepted the communications around the time they discovered evidence Russian hackers had attempted to influence the election outcome by hacking the Democratic National Committee, according to three of the officials. The intelligence agencies then sought to learn whether the Trump campaign was colluding with the Russians on hacking or other efforts to influence the election. The officials interviewed in recent weeks said that, so far, they had seen no evidence of such cooperation.

The intercepted calls differ from the wiretapped conversations  between Michael Flynn, Trump's former national security adviser, and Sergei Kislyak, the Russian ambassador to the United States. In those calls, Flynn and Kislyak apparently discussed sanctions the Obama administration imposed on Russia in December. Those calls led to Flynn's resignation from the White House on Monday.

The intercepts alarmed members of the American intelligence community and law enforcement, however, in part because of the level of contact that was occurring while Mr. Trump was openly praising Vladimir Putin, the Russian leader. Last summer, Trump shocked many when he made a public call for Russia to hack into Hillary Clinton’s private server and distribute emails she never made public during her tenure as Secretary of State. The intercepted communications included some of Trump's associates outside his campaign. On the Russian side, the contacts also included members of the government outside the intelligence community.

The officials revealed one of the advisors picked up on these calls was Paul Manafort, Trump’s campaign chairman and chief strategist. Manafort departed Trump's campaign three months before Election Day amid revelations that he, while working in Ukraine as an international consultant, allegedly pocketed $12.7 million in cash payments from Ukraine’s former ruling party between 2007 and 2012. The report, initially published in the New York Times, asserts that the money could be part of an illegal, off-the-books system. The officials declined to identify the other Trump associates who were on the calls.

Manafort has not been charged with any crimes, but he dismissed the officials’ accounts in a telephone interview yesterday.

“This is absurd,” he said. “I have no idea what this is referring to. I have never knowingly spoken to Russian intelligence officers, and I have never been involved with anything to do with the Russian government or the Putin administration or any other issues under investigation today. It’s not like these people wear badges that say, ‘I’m a Russian intelligence officer.’”

The White House declined to comment on the report, but earlier in the day, Sean Spicer, the White House Press Secretary, maintained Trump's previous comments that no one who worked on his campaign colluded with Russia. “There’s nothing that would conclude me that anything different has changed with respect to that time period,” Spicer told reporters.

But Spicer's claim contradicts a statement Sergei Ryabkov, the deputy Russian foreign minister, made on Russia’s Interfax news agency two days after the election. “Obviously, we know most of the people from his entourage,” Ryabkov said at the time, saying "there were contacts" during the campaign between Russian officials and Trump's team. Hope Hicks, a Trump spokeswoman, denied Ryabkov's statement almost as soon as he made it. "This is not accurate," she said at the time.

The National Security Agency initially captured the calls between Trump's associates and Russian operatives as part of routine foreign surveillance. Later, the FBI asked the agency to collect as much information as it could about the Russian operatives on the phone calls. It also asked the NSA to examine previously intercepted communications that had not been analyzed. The FBI has examined three officials who've worked closely with Trump––foreign policy advisor Carter Page, Republican operative Roger Stone, and now Michael Flynn––on suspicion that they've had improper contact with Russian officials. All three of these men have denied any wrongdoing, yet all three have resigned from their positions on the campaign or administration.

The FBI, as part of its investigation, is also attempting to verify information contained in a dossier that was given to the bureau last year by former British intelligence operative Christopher Steele, who was hired to gather opposition research about Trump for a Republican client and later a Democrat, was another source of information. Steele alerted authorities when the information he received from a network of Russian sources described Trump’s business relationships with wealthy Russians and alleged ties to the Kremlin. The information came from two sources who spoke on condition of anonymity, citing the sensitivity of the matter.

Steele’s reports also allege Russian consulates in New York, Washington and Miami were used to deliver “tens of thousands of dollars” to operatives hired by the Kremlin. These operatives used fictitious names to pretend they were legitimate Russian pensioners. Steele’s reports suggested that the plan was designed to give Russia “plausible deniability.” The fact that Russia does not operate a consulate in Miami, however, undermines this conclusion.

Steele had worked with the FBI before, and was well regarded. He presented the bureau with information in July and in September suggesting collusion between Trump’s associates and Moscow in the DNC hack. He later met with an FBI official in Italy to share information alleging that a top Trump campaign official knew about the hacking as early as last June. A month after the election, Sen. John McCain (R-Arizona) gave FBI Director James Comey a copy of Steele’s reports.

The FBI's investigation is happening at the same time as investigations on Capitol Hill. The investigations, led by the House and Senate Intelligence Committees, are examining, in addition to Russian meddling, any contacts that Trump officials had with Russian operatives during the presidential campaign. On Tuesday, Senator Mark Warner (D-Virginia), the top Democrat on the Intelligence Committee, said the news about Michael Flynn's conversations with Russian officials underscored “how many questions still remain unanswered to the American people more than three months after Election Day, including who was aware of what, and when," but added that Flynn's resignation would not deter the committee “from continuing to investigate General Flynn, or any other campaign official who may have had inappropriate and improper contacts with Russian officials prior to the election.”