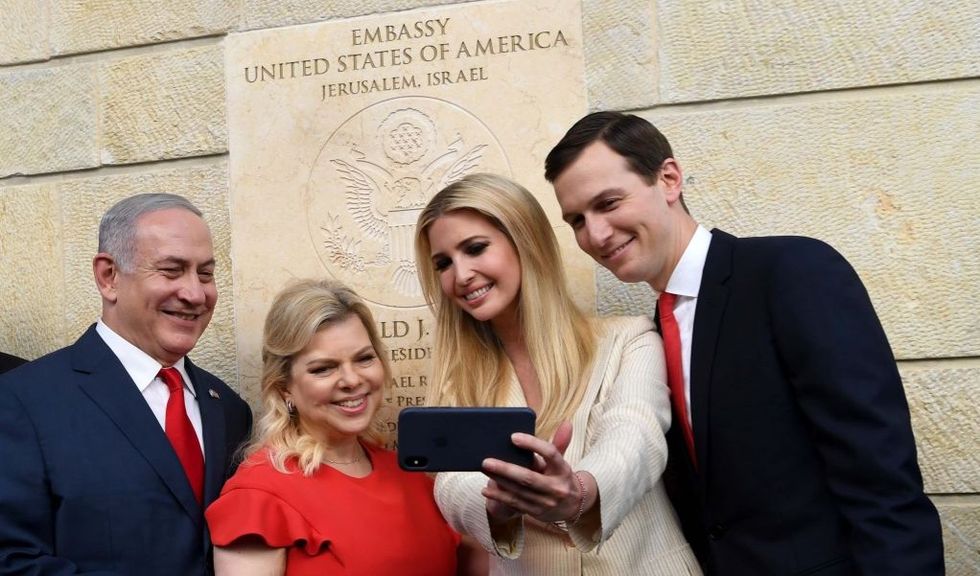 The United States, under the direction of President Donald Trump, officially moved the United States embassy to Israel to the city of Jerusalem from Tel Aviv. The move is controversial globally and in the region.

Jerusalem, a city west of the Dead Sea, remains a place of pilgrimage and worship for Jews, Christians and Muslims for over 2,000 years. Ownership of the area is also in dispute.

When Israel declared independence in 1948, Jerusalem was besieged, and so the city of Tel Aviv, a city on Israel’s Mediterranean coast, served as provisional capital for the nation. The armistice at the fighting's end in 1949 divided Jerusalem between Israel and Jordan.

While the Israeli government maintains it's national government offices in Jerusalem, foreign nations kept their embassies in Tel Aviv.

However, Trump changed that in 2017 when he decided to move the United States embassy to Jerusalem.

What look like vacation photos, with Ivanka posing for selfies with foreign leaders, sparked some outrage back home however.

While Ivanka and Jared posed for selfies, Palestinians clashed with the Israeli military leading to over 50 deaths. The New York Daily News criticized the president's daughter for smiling for the camera while people died not far away.

The newspaper called her “DADDY’S LITTLE GHOUL” for being “all smiles” while opening the new U.S. embassy in Jerusalem. Meanwhile clashes in Gaza led to at least 58 deaths and over 2,700 injuries.

In addition, many questioned the appropriateness of sending Trump family members to officially represent the United States. The U.S. State Department oversees all embassy operations, but were not front and center in this visit.

Ivanka Trump and Jared Kushner are not members of the State Department staff. While both hold the title of adviser to the president, there also remain questions about their security clearances.

Kushner previously came under fire specifically for his access to classified information without a completed security clearance.

After the photo ops, people took to Twitter to express their outrage over the Kushner-Trump family's stint in Israel as official representatives of the U.S. government, finding issue with a variety of events.

"The juxtaposition of images of dead and wounded Palestinians and Ivanka Trump smiling in Jerusalem like a Zionist… https://t.co/szAjAMzSVn
— Keith Boykin (@Keith Boykin) 1526352390.0

Today Jared and Ivanka were blessed by one of Netanyahu's favorite rabbis, who believes that non-Jews exist in Isra… https://t.co/2ypY60RoAn
— Sarah Kendzior (@Sarah Kendzior) 1526344800.0

Additionally, several people highlighted Ivanka's foible on the name of the country her father is president of. Did she say the "45th president of the United States UN America" or "ON America"?